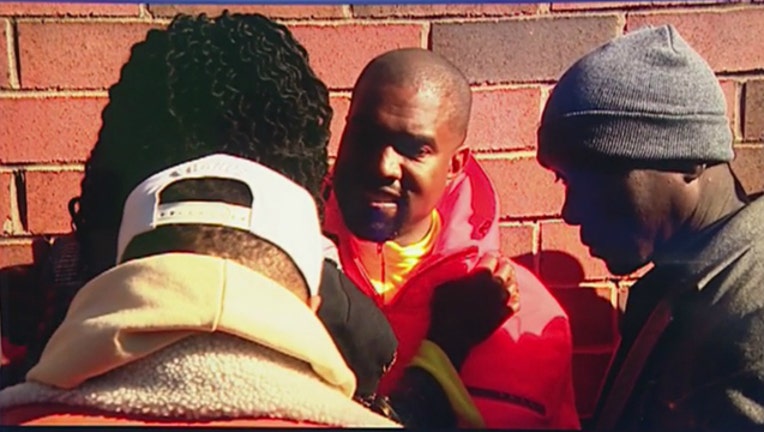 CHICAGO (AP) - Fresh off his Oval Office visit with President Donald Trump, hip-hop megastar Kanye West drew a crowd when he joined a Democratic mayoral hopeful and Chance the Rapper in a sidewalk appearance on Chicago's South Side.

West didn't say anything during Amara Enyia's event in Woodlawn Tuesday afternoon. He looked several times at his phone and after about five minutes told Chance "I've got to bounce," and left with his entourage.

Enyia gave kudos to West, who grew up in Chicago and donated $73,540 this week to settle lingering state fines from her brief 2015 mayoral campaign.

Enyia says she doesn't share West's support for Trump, but that she appreciates his help.