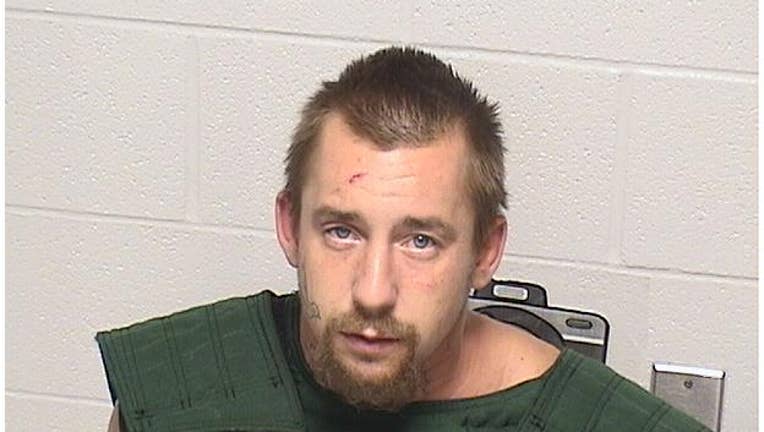 Ryan F. Groh, 34, of Kenosha, Wisconsin, was arrested at about 2 a.m. Thursday morning after police said he interfered with a DUI investigation.

Deputies conducted a traffic stop on a vehicle where Groh was the passenger.

A sheriff's deputy was conducting field sobriety tests on the driver of the vehicle, who was suspected of driving under the influence.

Groh exited the vehicle and allegedly began obstructing deputies who were attempting to conduct the field sobriety tests, authorities said.

Groh pushed past one of the deputies, and the deputy attempted to take him into custody.

He was eventually taken into custody and transported to the Lake County Jail for obstructing a peace officer and resisting arrest.

As Groh was being processed at the jail, he allegedly began swearing at correctional officers and took an "aggressive stance toward them," authorities said.

He then allegedly attacked two correctional officers, throwing punches, striking one officer in the face.

They were transported to an area hospital, treated and released.