The TC Energy Corp. announced on Wednesday it terminated the Keystone XL Pipeline project, according to a company news release.

After consulting with the government of Alberta and in the wake of a comprehensive review of the project’s options following its initial suspension in January, TC Energy Corp. decided that terminating the entire project was the logical option, the company said.

The company has said it will work with "regulators, stakeholders and Indigenous groups to meet its environmental and regulatory commitments and ensure a safe termination of and exit from the Project."

"We value the strong relationships we’ve built through the development of this Project and the experience we’ve gained. We remain grateful to the many organizations that supported the Project and would have shared in its benefits, including our partners, the Government of Alberta and Natural Law Energy, our customers, pipeline building trade unions, local communities, Indigenous groups, elected officials, landowners, the Government of Canada, contractors and suppliers, industry associations and our employees," said TC Energy’s President and Chief Executive Officer François Poirier. 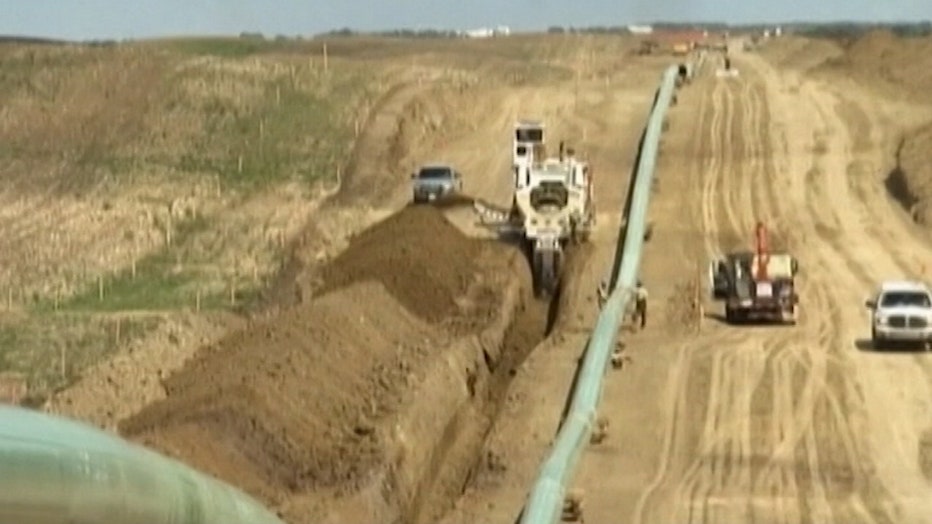 TC Energy confirmed the company will continue to forge ahead with other projects as well as transitioning into new opportunities to continue "powering the North American economy, delivering the energy people need every day, safely and responsibly."

Construction on the long-disputed Keystone XL oil pipeline halted in January as U.S. President Joe Biden revoked its permit on his first day in office.

Attorneys general from 21 states had sued to overturn Biden’s cancellation of the contentious pipeline, which would have created thousands of construction jobs. Republicans in Congress have made the cancellation a frequent talking point in their criticism of the administration, and even some moderate Senate Democrats including Montana’s Jon Tester and West Virginia’s Joe Manchin had urged Biden to reconsider.

The 1,700-mile pipeline was planned to carry roughly 800,000 barrels of oil a day from Alberta to the Texas Gulf Coast, passing through Montana, South Dakota, Nebraska, Kansas and Oklahoma.

First proposed in 2008, the pipeline has become emblematic of the tensions between economic development and curbing the fossil fuel emissions that are causing climate change. The Obama administration rejected it, but President Donald Trump revived it and has been a strong supporter.

The premier of the oil-rich Canadian province of Alberta called Biden’s decision an "insult" and said the federal Canadian government should impose trade sanctions if it is not reversed. Canadian Prime Minister Justin Trudeau took a conciliatory tone.

A Canadian House of Commons committee in April warned of dire consequences from a shutdown: job losses, fuel shortages and traffic nightmares as 23 million gallons (87 million liters) of petroleum liquids transported daily through Line 5 are shifted to trucks and rail cars considered more susceptible to accidents.

The dispute came as both nations hoped to reset their relationship after the presidency of Trump, who put tariffs on Canadian steel and aluminum and had a turbulent relationship with Trudeau.

After Trump initially approved the pipeline’s construction in 2017, environmentalists and Native American tribes along the pipeline route said burning the tar sands oil will make climate change worse, and that the pipeline could break and spill oil into waterways like Montana’s Missouri River.

Opponents of the project since it was first announced in 2008 described its cancellation as a "landmark moment" in the effort to curb the use of fossil fuels that contribute to climate change.

"Good riddance to Keystone XL," said Jared Margolis with the Center for Biological Diversity, one of many environmental groups that sued to stop it.

"The Keystone XL pipeline would have strengthened U.S. energy independence while supporting thousands of high-paying jobs in the U.S. and Canada. It’s hard to square why the administration canceled its construction, yet waived sanctions on Russia’s malign pipeline project," Sen. Jim Risch, R-Idaho, said in a statement. "Reinstating the Keystone project to invest in U.S. energy security and job creation is just common sense. Why is it bad for the U.S. to have access to natural gas, but it’s OK for Russia?"

The Associated Press and FOX Business contributed to this report.