CHICAGO - Marketta Outlaw said her 11-year-old daughter Heaven was excited to cool off at Crown Fountain in Millennium Park Sunday afternoon, when temps had climbed into the 90s.

Heaven, who uses a wheelchair, had been to the fountain before and always felt welcome with the others who crowd the popular attraction.

But after a few minutes of playing in the water, a security guard approached her mother and told her that wheelchairs weren’t allowed — even though the city boasts on its website that the fountain was designed to be accessible to people who use wheelchairs.

"I never had that happen before, and didn’t know what to feel" Outlaw said. "It was just really shocking and really sad."

Outlaw said her daughter asked if she had done something wrong. "I’m like no, you didn’t do anything wrong, they were wrong. You should be able to play just like everyone else if that’s what it says on the website."

Outlaw said she double-checked the fountain’s policy online to see if something had changed since it reopened. That’s when she discovered a similar incident involving another family earlier this month. 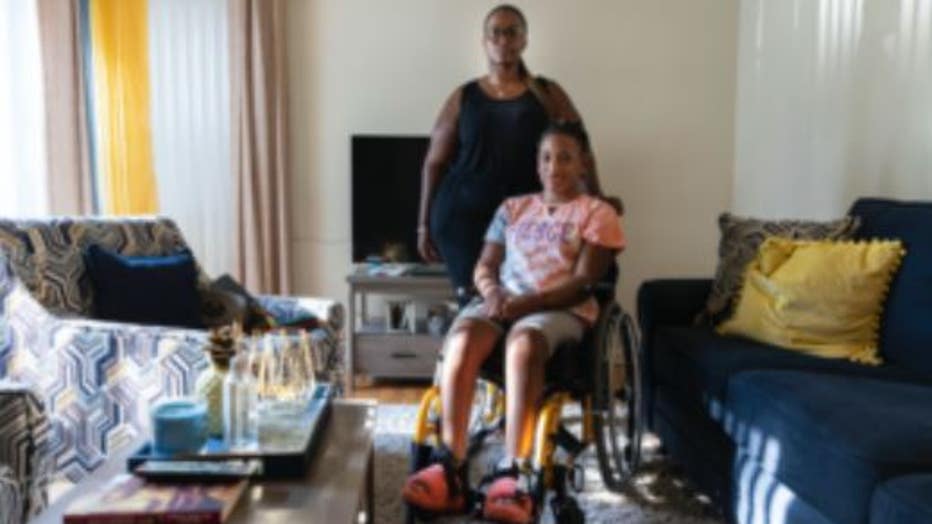 Marketta Outlaw, left, and Heaven Outlaw Harris, right, pose for a portrait at their home in East Chatham, Tuesday, July 27, 2021.

On July 6, the mother of a 10-year-old boy was told he couldn’t go into the fountain with his wheelchair.

In both cases, city officials apologized to the families but they have yet to say why they occurred. Outlaw wants to know what is being done to make sure another child doesn’t have the same experience.

"If it was supposed to be corrected, why is it happening again? Just two weeks later," she said.

The city’s website notes that all areas of Millennium Park can be accessed by wheelchair, and that Crown Fountain "was designed without edges or deep water areas so a wheelchair can easily enter the fountain area and participate with full inclusion."

Asked about the two instances, City Hall released a statement reiterating its apology but offering no explanation. 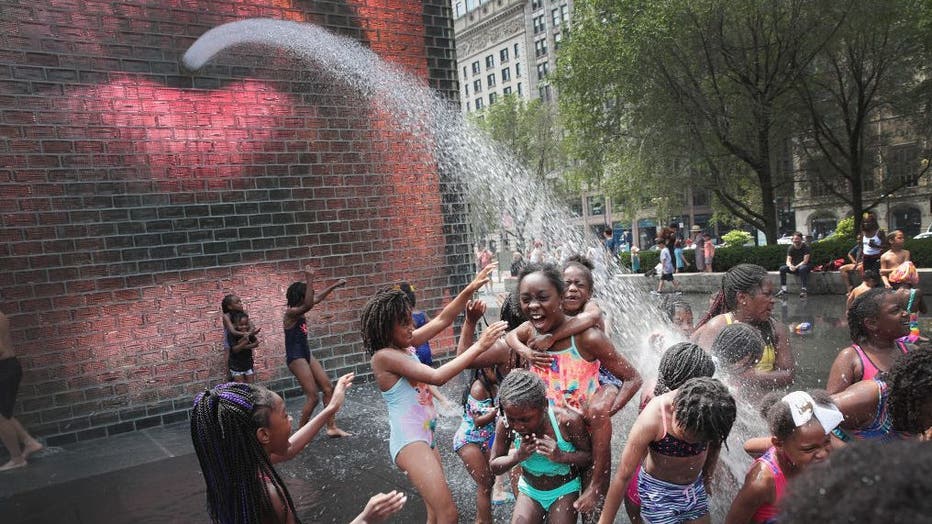 Children cool off in Crown Fountain in downtown as temperatures are forecast to head into the mid to high 90's with a heat index of around 115 degrees on July 19, 2019 in Chicago, Illinois. (Photo by Scott Olson/Getty Images)

"We are deeply concerned about the experience that Ms. Outlaw and her daughter had in Millennium Park and have reached out to the family to apologize," the statement read. "Millennium Park was designed to be universally accessible and wheelchairs are permitted in Crown Fountain. We will be following up with our team to make sure that this policy is abundantly clear to all park staff."

Bridget Hayman, a spokesperson for Access Living, said it appeared the staff was making a "value judgement" about people with disabilities.

Outlaw said she didn’t think the city’s apology was enough "because I feel like, will this keep happening? You know, like you’re saying this but what are you really doing to make sure it doesn’t happen again.

"This is somewhere she loves to go, so of course I do want to take her back," Outlaw said. "But I just don’t want to have that experience again."