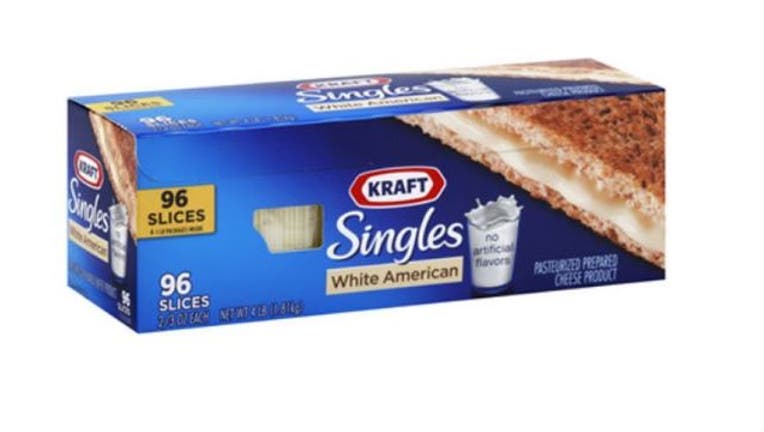 NEW YORK (AP) — Kraft Heinz is expanding a recall of Kraft Singles products, saying a problem with the packaging film affects 10 times as many cases as it first thought.

The company recalled 335,000 cases Thursday because a thin strip of packaging film may stick to the slice after the wrapper has been taken off, creating a choking hazard. Kraft Heinz recalled 36,000 cases on July 31 for the same reason.

The privately held company said it's received two new reports of customers choking. It disclosed three such reports in July, and said it had received seven other complaints about the packaging.

The recall covers 1-, 3- and 4-pound Kraft Singles American and White American cheese product with "Best When Used by Dates" ranging from Dec. 12 to March 2. The products were sold in the U.S., Puerto Rico, and 10 other countries and territories: Anguilla, the Bahamas, Belize, Bermuda, Grand Cayman, Netherlands Antilles, St. Kitts and Nevis, South Korea, St. Lucia, and the British Virgin Islands.

The July recall only covered products shipped to retailers in the U.S., Puerto Rico and Grand Cayman with "Best By" dates of Dec. 29 to Jan. 4.

Kraft Heinz Co. said consumers should return the product to the store where it was purchased for a full refund.

The combination of Heinz and Kraft became official in July. The deal was engineered by Warren Buffett's Berkshire Hathaway and Brazilian investment firm 3G Capital.