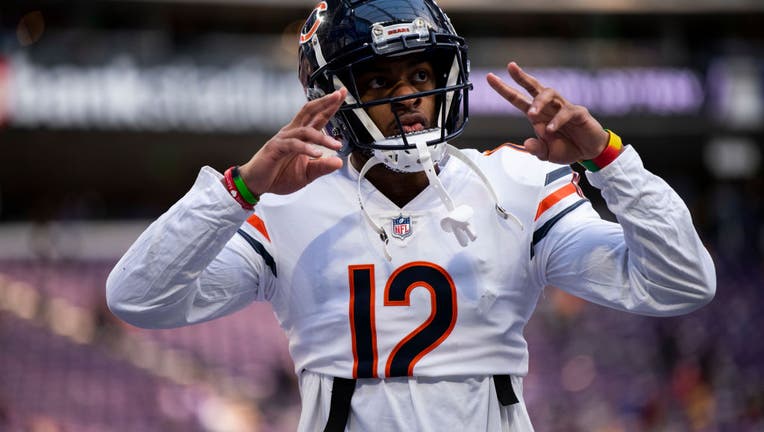 MINNEAPOLIS, MN - JANUARY 09: Allen Robinson #12 of the Chicago Bears heads to the locker room before the game against the Minnesota Vikings at U.S. Bank Stadium on January 9, 2022 in Minneapolis, Minnesota. (Photo by Stephen Maturen/Getty Images)

Robinson, who turns 29 in August, is expected to join the defending Super Bowl champs on a 3-year deal. According to reports from NFL Network's Tom Pelissero and ESPN's Adam Schefter, the deal is expected to be over $45 million in the 3-year deal.

The upcoming 2022 NFL season will be the ninth season for Robinson, who played four seasons with the Jacksonville Jaguars and played another four with the Chicago Bears. His best season came in 2105 when the former Penn State star finished the season with 1400 receiving yards on 80 catches and hauled in 14 touchdowns with the Jags.

As the Rams look to welcome Robinson, the team awaits what's next for Odell Beckham Jr., who is still a free agent as of Thursday afternoon. Prior to suffering an ACL injury in the Super Bowl, Beckham enjoyed a resurgence during his brief time in Los Angeles. Before suffering the gruesome injury, Beckham hauled in a key touchdown grab in the first half of Super Bowl LVI to help the Rams capture their second Lombardi Trophy in franchise history, first in Los Angeles.