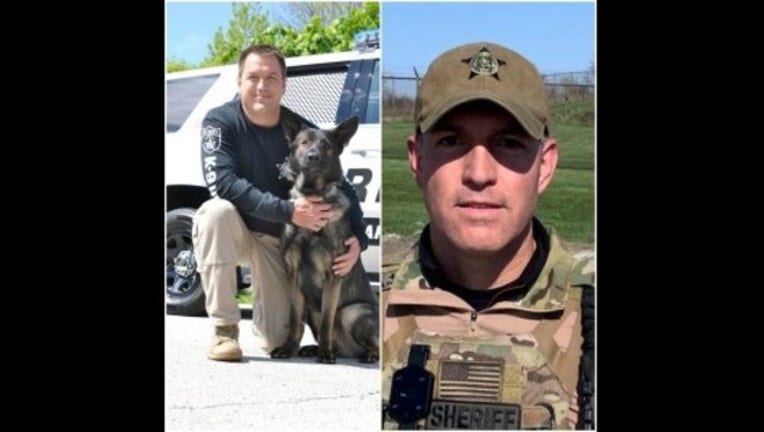 (Sun-Times Media Wire) - Two Lake County sheriff’s deputies and a sheriff’s K9 received the 100 Club of Chicago’s Valor Award April 25 for their roles in the shooting of an alleged would-be burglar last November.

Deputies Ray Gilbert and John Forlenza, along with their K9 Dax, were called to the 13200 block of Greenview Drive in Wadsworth about 4:45 a.m. Nov. 2 for reports of someone trying to steal a car, according to a statement from the Lake County sheriff’s office.

The suspect, 23-year-old Angel Lopez, fled from the deputies and tried to enter another vehicle in the 13300 block of West Greenview Drive, the sheriff’s office said. Once the deputies and dog caught up to him, Lopez allegedly pointed a semi-automatic gun at Forlenza, who was in control of the dog.

“Ray, John, and K9 Dax are shining examples of courageous protectors of our community,” Lake County Sheriff John Idleburg said. “These three faced a life-and-death situation and utilized their extensive training and experience to protect each other and ensure they weren’t severely injured or killed.”

Lopez was charged with two counts of aggravated unlawful use of a weapon and one count each of attempted first-degree murder, aggravated vehicular hijacking, armed robbery, armed violence, possession of a weapon by a felon, possession of a stolen vehicle and aggravated assault, authorities said. He is being held on $3 million bail and is next due in court May 20.