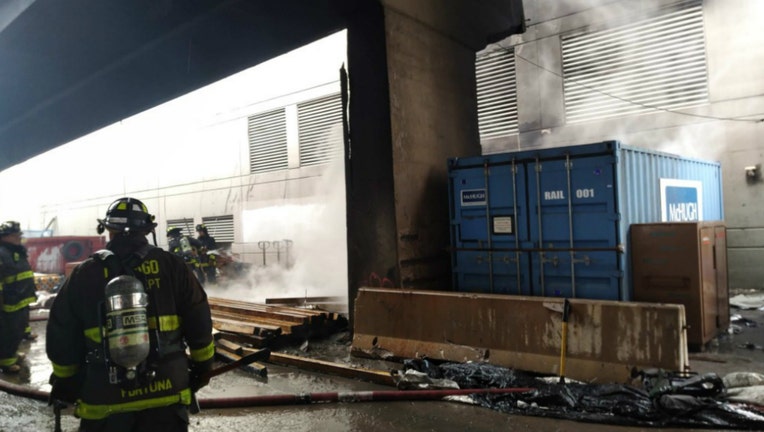 Smoke from a fire Feb. 26, 2020, in the 100 block of North Harbor Drive caused a closure on part of Lake Shore Drive. | Chicago Fire Department

CHICAGO - A section of Lake Shore Drive was closed Wednesday because of thick smoke from a fire downtown.

Wooden pallets caught fire about 1:40 p.m. at a construction site in the 100 block of North Harbor Drive, according to Chicago police and fire officials.

The fire was out by 1:54 p.m., fire department spokesman Larry Merritt said.

Inbound and outbound lanes of Lake Shore Drive were closed between Madison and Illinois streets because of smoke from the fire but were reopened by 3 p.m., police said.