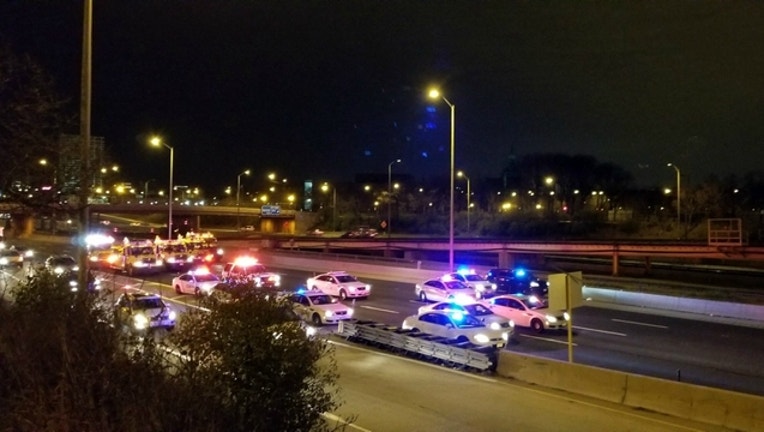 All westbound lanes of I-290 were closed between Ashland and Racine early Thursday for a “criminal investigation,” according to Illinois State Police. | Ashlee Rezin/Sun-Times

CHICAGO (SUN TIMES MEDIA WIRE) - All westbound lanes of the Eisenhower Expressway have been reopened after a shooting that left one person injured Thursday morning on the Near West Side.

The shooting happened about 4:20 a.m. on westbound I-290 between Ashland and Racine, according to Illinois State Police. A male was taken to Mount Sinai Hospital with injuries that were not thought to be life-threatening.

All westbound lanes were closed between Ashland and Racine, but they were reopened about 5:50 a.m., state police said.