Van Dyke is being let out early for good behavior, sources said.

CHICAGO - Former Chicago police officer Jason Van Dyke, who was convicted in the 2014 killing of Laquan McDonald — an incident that sparked city-and-nationwide protests — is set to be released from prison on Feb. 3, according to FOX 32 sources.

Van Dyke is being let out early for good behavior, sources said.

In 2019, the former Chicago cop was sentenced to nearly seven years in prison for gunning down McDonald. Now, three years after he was locked up, he will be a free man again.

The explosive case and graphic dashcam video added fuel to national debates about race and policing and law enforcement’s "code of silence."

7 years since Laquan McDonald was killed

McDonald's family lamented that Van Dyke’s sentence was too light. The teen’s great uncle said the sentence reduced McDonald's life to that of "a second-class citizen" and "suggests to us that there are no laws on the books for a Black man that a white man is bound to honor."

During the sentencing, Van Dyke acknowledged the teen's death, telling the judge that "as a God-fearing man and father, I will have to live with this the rest of my life." 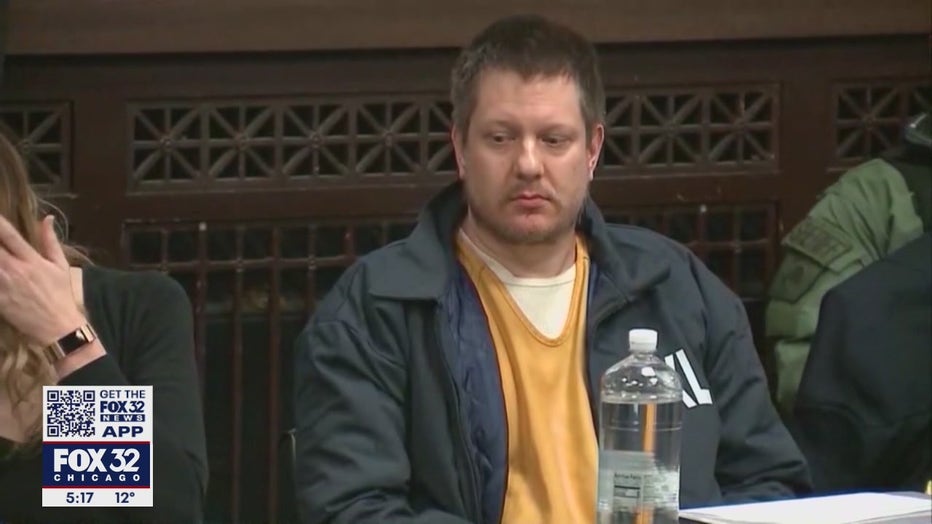 The sentence was less than half of the penalty that had been sought by prosecutors, who asked for 18 to 20 years. But it went far beyond the request of defense attorneys, who argued that Van Dyke could be released on probation. The prison term was also a fraction of what Van Dyke could have faced had he been convicted of first-degree murder, which carried a mandatory minimum of 45 years in prison.

Judges typically rebuke defendants during sentencings, even for much lesser crimes, and they often explain why they imposed the sentence they did. But Judge Vincent Gaughan did neither in his brief comments from the bench.

One day before his sentencing, a different judge acquitted three officers accused of lying about the shooting to protect Van Dyke, who was the first Chicago officer found guilty in an on-duty shooting in a half century and probably the first ever in the shooting of an African-American.

The lead defense attorney, Dan Herbert, said Van Dyke "truly felt great" after learning his sentence. "He was happy about the prospect of life ahead of him" and someday being reunited with his wife and two daughters.

The prosecutor who oversaw the case said he can live with the sentence.

"Our goal was to find the truth, present the truth and ask for justice. ... It was not revenge," special prosecutor Joseph McMahon said.

The judge's decision to deem the second-degree murder conviction the most serious crime - siding with the defense on that question - may also have spared Van Dyke a far longer term behind bars.

Had Gaughan sentenced Van Dyke on the 16 counts of aggravated battery, as prosecutors asked him to do, he could have faced decades in prison. Each aggravated battery count carried a mandatory minimum of six years, and the judge could have ordered those sentences to be served one after the other.

After the judge's announcement, Van Dyke's older daughter began crying and said "I want him home."

The case triggered large street demonstrations when the video emerged, and authorities prepared for potential unrest in October, when the verdict came out. But there were no sign of protests following the sentence. 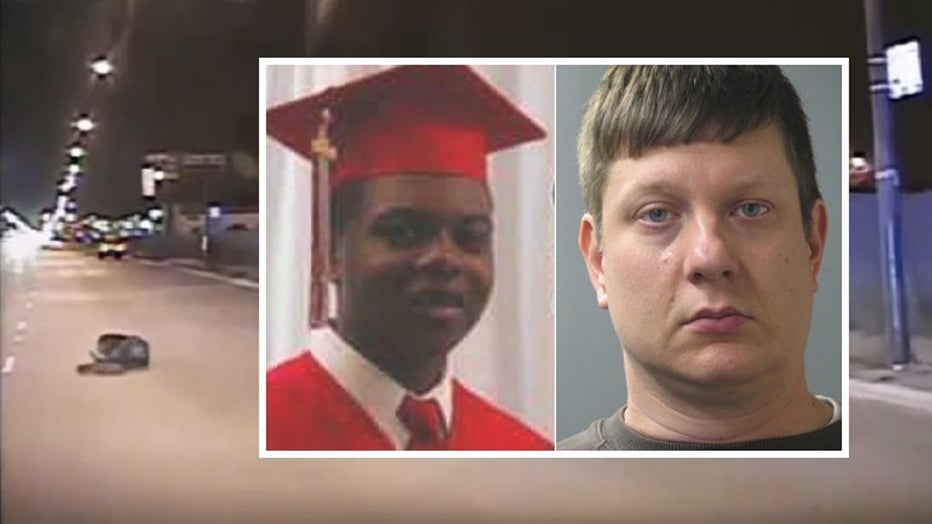 Activist William Calloway called the sentence "a slap in the face to us and a slap on the wrist" for Van Dyke.

The issue of race loomed over the case for more than four years, although it was rarely raised at trial. One of the only instances was during opening statements, when the special prosecutor told jurors that Van Dyke saw "a black boy walking down the street" who had "the audacity to ignore the police."

Several black motorists testified that the officer used a racial slur and excessive force during traffic stops in the years before the shooting.

One of those witnesses, Vidale Joy, said Van Dyke used the slur after pulling him over in 2005 and at one point put a gun to Joy's head. He said Van Dyke "looked infuriated" and seemed "out of his mind." Under cross examination, Joy acknowledged that he did not allege Van Dyke used a slur in his first accounts of the stop.

Another witness, Ed Nance, struggled to maintain his composure as he looked across the room to identify Van Dyke. Testifying about a 2007 traffic stop, he said the officer cursed and slammed him on the car's hood, grabbed him by the arms and pulled him to the squad car.

Van Dyke's relatives tried to defend and humanize him, saying he's a good father and not racist.

His wife said her biggest fear was that somebody would kill her husband in prison "for something he did as a police officer, something he was trained to do."

She looked up over her shoulder and addressed the judge directly: "His life is over. Please, please. He has paid the price already ... I beg for the least amount of time."

Stephenson accepted the argument that jurors in the Van Dyke case rejected: that the video that sparked protests and a federal investigation of the police force was just one perspective of the events that unfolded on the South Side.

The judge said the video showed only one viewpoint of the confrontation between Van Dyke and the teen armed with a small knife. She found no indication the officers tried to hide evidence or made little effort to talk to witnesses. She singled out how they preserved the graphic video at the heart of the case.

The video showed Van Dyke opening fire within seconds of getting out of his police vehicle and continuing to shoot the teen while he was lying on the street. On the footage, the teen is seen collapsing in a heap after the first few shots. Bullets kept striking his body for 10 more seconds.

Police were responding to a report of a male who was breaking into trucks and stealing radios on the city's South Side.

City Hall released the video to the public in November 2015 - 13 months after the shooting - and acted only because a judge ordered it to do so. The charges against Van Dyke were not announced until the day of the video's release. He soon lost his job.

The case cost the police superintendent his job and was widely seen as the reason the county's top prosecutor was voted out of office. It was also thought to be a major factor in Mayor Rahm Emanuel's decision not to seek a third term.

Former Chicago IG: Emanuel did not try to cover up McDonald shooting

A former Chicago inspector general says former Mayor Rahm Emanuel did not try to cover up the shooting of Laquan McDonald.

During the first week of 2022, Chicago activists were calling for a CTA shutdown to protest the possible release of Van Dyke.

Local activists compared this case to the murder of George Floyd in Minneapolis, where former officer Derek Chauvin was federal indicted just weeks after being convicted of murder on a state level.

Chicago community leaders have called on the US Attorney of the Northern Illinois District to indict Van Dyke for violating McDonald’s civil rights. They also called for a CTA shutdown if action isn't taken.

"We are asking Local 241 and Local 308 to stand with us in solidarity," said activist William Calloway. "That no buses and no trains shall move throughout the city of Chicago as long as Jason Van Dyke is not federally charged."

Activists are calling for a CTA shutdown to protest the possible release of the former Chicago police officer convicted of killing Laquan McDonald.

The transit unions have not yet responded to that call.

The US Attorney's Office had launched a civil rights investigation following McDonald’s death, but nothing materialized from that investigation.