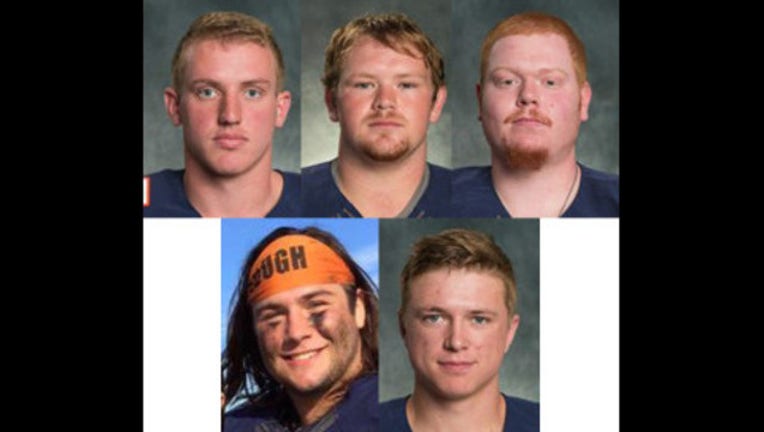 Benjamin Pettway, 23, entered his plea in DuPage County court for the misdemeanor and was sentenced to court supervision and 50 hours of community service, according to Paul Darrah, spokesman for the DuPage County state’s attorney’s office.

Pettway’s attorney entered an “Alford” plea, in which the defendant enters a guilty plea but does not admit guilt, Darrah said. The state objected to the partial plea, but the judge accepted it, Darrah said.

The victim was seriously injured on March 19, 2016 when he was bound in duct tape and left on a baseball field, prosecutors said. He claimed the five teammates placed a pillow case over his head and physically removed him from a dorm.

Pettway’s attorney said the teammate had a pre-existing shoulder injury and “was not treated roughly the night of the prank.”

When charges were initially filed, Wheaton College spokeswoman LaTonya Taylor said the college strives to provide an educational environment that is free of hazing and “practices our values as a Christian community,” and was therefore “deeply troubled” by the accusations.

“This morning, Benjamin Pettway took responsibility for his participation in a hazing incident,” DuPage County State’s Attorney Robert Berlin said in a statement. “Hopefully, the defendants in this case have learned something from this experience.”