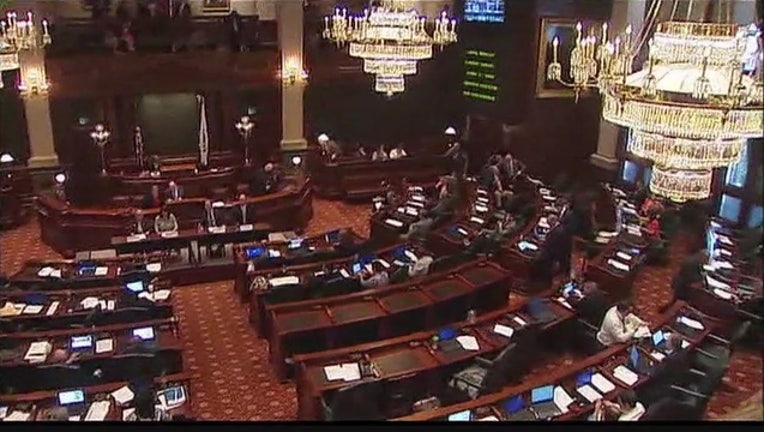 Some legislators spoke about their efforts Monday at a forum hosted by The Illinois Campaign for Political Reform, saying the goal is to present plans to legislative leaders in hopes of resolving the stalemate between Democrats who control the Legislature and Republican Gov. Bruce Rauner.

State Reps. William Davis, a Homewood Democrat, and Republican Robert Pritchard of Hinckley said they recently attended a lawmaker gathering in suburban Chicago to discuss tactics. Aside from noting revenue and reforms are in the mix, they declined to discuss specific proposals because they're in the initial phases.

"Sure, there's an element of frustration, there's also an element of realism," Pritchard said after the forum. "We're seeing the leaders aren't willing to come together. We're feeling the pressure from our constituents so we want to do something about it."

But the legislators face a tough road in trying to convince Senate President John Cullerton and House Speaker Michael Madigan, who haven't met with Rauner in months over a budget deal for the fiscal year that began in July. Democrats want Rauner to sign off on a tax increase, but Rauner first wants "structural reforms." Democrats refuse, saying those plans — like changes to collective bargaining — hurt working families.

Meanwhile, the state's fiscal problems continue to grow, something none of the eight lawmakers participating in the forum disputed. Because of court orders and other mandates, Illinois is spending without a budget at rates both sides say is unsustainable. The state comptroller's office has said the backlog of unpaid bills could reach $10 billion by the end of June.

Still lawmakers, due in Springfield Tuesday, are convinced their efforts help.

At least five separate groups have been meeting to discuss the budget. Four have sought guidance from the Center for Tax and Budget Accountability, a progressive Chicago-based government accountability group, according to executive director Ralph Martire.

Also state Sen. Heather Steans, a Chicago Democrat, said she's part of a bipartisan and bicameral group that's met "off and on" for some time.

"It will take rank and file folks coming together," she said during the forum. "It's a strategy that can be effective."