President Joe Biden delivered remarks Saturday, March 6, 2021 after the Senate worked overnight to pass the $1.9T COVID-19 relief bill with a vote of 50-49.

WASHINGTON (AP) - The number of Americans seeking unemployment benefits fell last week to 712,000, the lowest total since early November, evidence that fewer employers are cutting jobs amid a decline in confirmed coronavirus cases and signs of an improving economy.

The Labor Department said Thursday that applications for unemployment aid dropped by 42,000 from 754,000 the week before. Though the job market has been slowly strengthening, many businesses remain under pressure, and 9.6 million jobs remain lost to the pandemic that flattened the economy 12 months ago.

In February, U.S. employers added a robust 379,000 jobs, the most since October, reflecting an economy in which consumers are spending more and states and cities are easing business restrictions. Thursday's figure, though the lowest weekly figure in four months, showed that weekly applications for jobless benefits still remain high by historical standards: Before the viral outbreak, they had never topped 700,000, even during the Great Recession.

All told, 4.1 million Americans are receiving traditional state unemployment benefits. Counting supplemental federal unemployment programs that were established to soften the economic damage from the virus, an estimated 20.1 million people are collecting some form of jobless aid.

The continuing job cuts reflect the extent to which the pandemic disrupted normal economic activity and kept consumers hunkered down at home rather than out traveling, shopping, dining out and attending entertainment venues. Cities and states restricted the hours and capacity of restaurants, bars and other businesses. Even where restrictions didn't exist, many Americans for months chose to stay home to avoid the risk of infection.

Now, though, as vaccinations are increasingly administered around the country, business limitations are gradually eased and consumers grow more comfortable engaging face to face with others, optimism about the economy is rising. Last month, consumers bounced back from months of retrenchment to step up their spending by 2.4% — the sharpest increase in seven months and a sign that the economy may be poised to sustain a recovery.

In the meantime, the number of confirmed new COVID-19 cases has dropped to an average of around 50,000 a day from nearly 250,000 in early January. 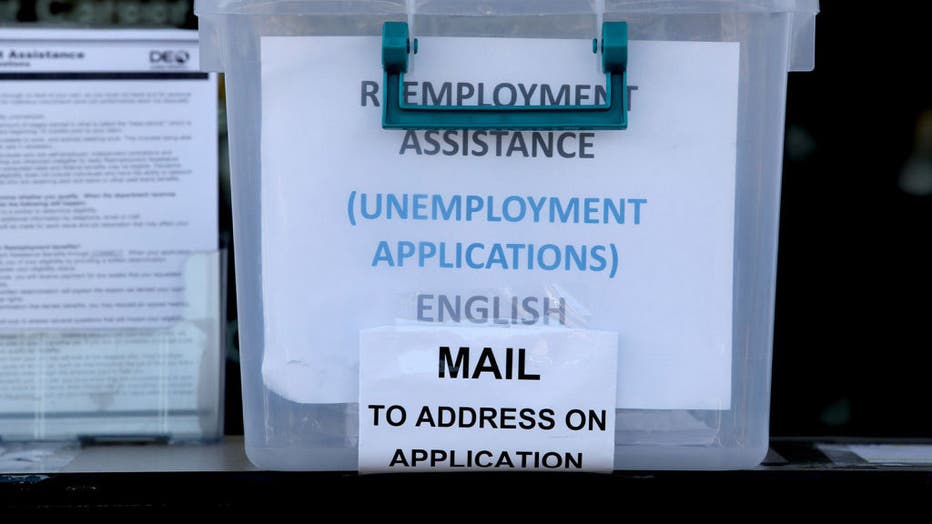 A brightening outlook for the economy was reinforced Wednesday, when Congress gave final approval to a $1.9 trillion COVID-19 relief bill that will provide $1,400 payments to most adults and extend $300 weekly unemployment benefits into early September. The legislation will also provide money for viral vaccines and treatments, school re-openings, state and local governments and ailing industries ranging from airlines to concert halls.

Many economists suggest that the combination of substantial federal aid, a rising pace of vaccinations, continually low borrowing rates and the increased willingness of consumers to spend will unleash a robust economic recovery later this year. Still, defeating the coronavirus remains vital to achieving a full recovery of the economy and the job market.

"These are welcome policies, but they are still temporary relief," said AnnElizabeth Konkel, economist at the Indeed Hiring Lab. "To fully heal the labor market, the public health situation must be under control. Coronavirus started this mess and continues to cause massive economic damage on a daily basis.''