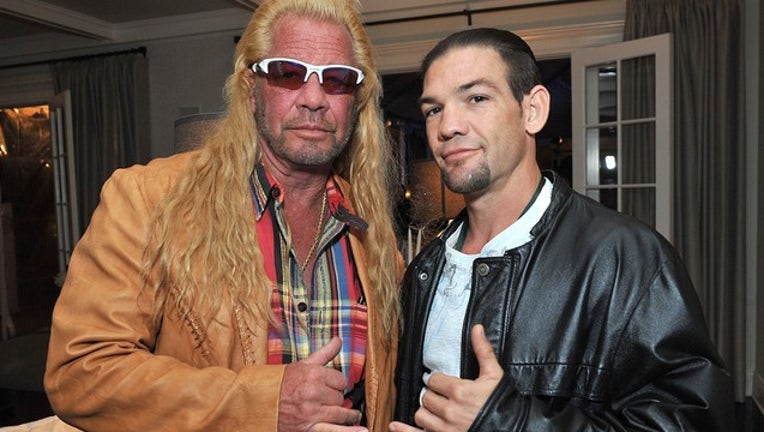 FOX NEWS - Leland Chapman, the son of Dog the Bounty Hunter, was reportedly hospitalized in Alabama this week due to an injury sustained while he was on a manhunt mission with his father — who was back at work for the first time after his wife's death.

The two were chasing a fugitive wanted for harassment in Colorado when Chapman tore his ACL while trying to subdue the suspect. Leland will be laid up for approximately six weeks, a spokesperson told AL.com.

The anterior cruciate ligament (ACL), one of the key ligaments that help stabilize the knee joint, connects the thighbone (femur) to the shinbone (tibia).

The suspect’s apprehension was being filmed for an upcoming show of “Dog’s Most Wanted.” Leland Chapman lives in Alabama, according to AL.com.

Beth Chapman, Dog’s late wife and Leland's stepmother, lost her two-year battle with throat cancer late last month. A memorial is planned this Saturday in her home state of Colorado.

After her passing in Hawaii on June 26, Dog told reporters outside of his Honolulu home how much he loved his wife. "Beth isn't dead," he said, "she's sleeping."