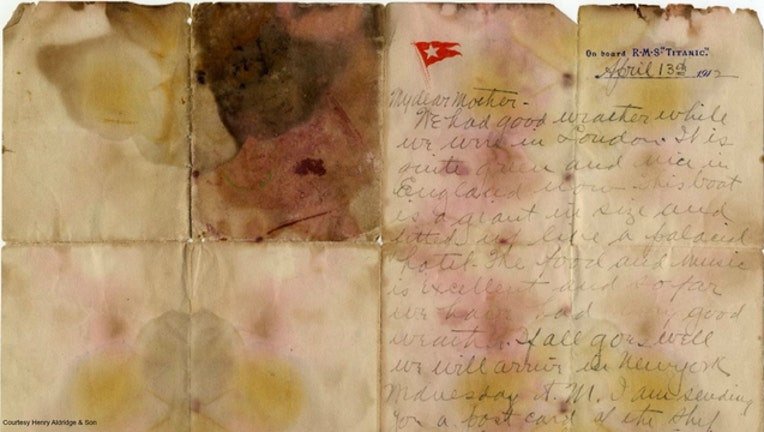 WILTSHIRE, England (Fox 32 News) - The last known letter written by a passenger who went down with the Titanic sold at auction on Saturday for $166,000.

It was written to Holverson's mother on April 13, 1912, the day before the ship sunk. Holverson died; the letter was recovered from his body.

Ironically, the letter includes the line, "if all goes well we will arrive in New York Wednesday A.M."

Holverson was a successful salesman and had been with his wife on a vacation in Buenos Aires. She survived.