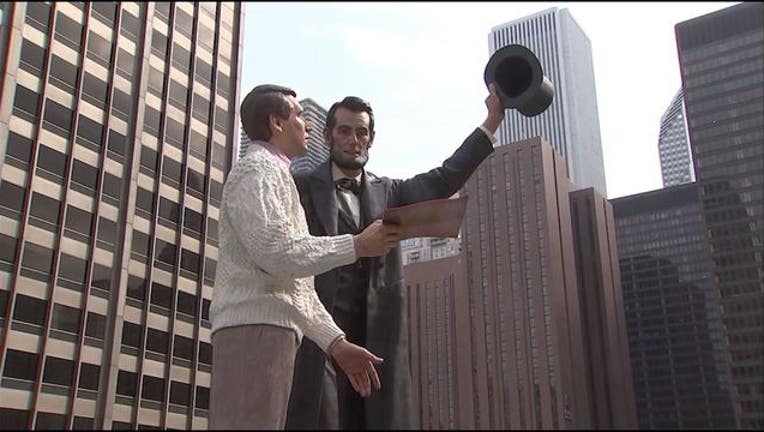 SPRINGFIELD, Ill. (AP) - A 31-foot tall statue of Abraham Lincoln will make its debut this week in Springfield after stops in Chicago and Peoria.

The (Springfield) State Journal-Register reports the 19-ton sculpture named "Return Visit" will be located in front of the Abraham Lincoln Presidential Library and Museum starting Wednesday. It is scheduled to stay there through September 2020. The statue shows Lincoln standing with a modern-day man holding the Gettysburg Address.

Springfield Convention and Visitors Bureau executive director Scott Dahl says it will cost $24,000 to bring the statue to Illinois' capitol city. He says the visitors bureau and the presidential library will chip in to cover the costs. The visitors bureau also plans to make the statue part of its 2020 summer marketing campaign.

he statue previously was on display at Chicago's Tribune Tower and the Peoria Riverfront Museum .