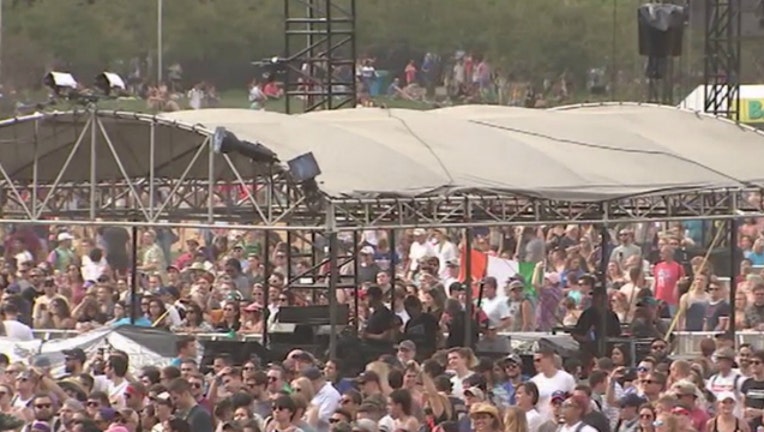 CHICAGO (Sun-Times Media Wire) - Arrests at Lollapalooza more than doubled from last year, according to officials who attribute the uptick to better enforcement and security resources.

Thirty-one people were arrested this year at the four-day music festival, up from 12 arrests in 2018, according to Melissa Stratton, spokeswoman for the Office of Emergency Management and Communications.

Stratton attributes the increase in arrests to better resources and enforcement.

“We had a strong presence there and were doing some good enforcement,” she said. “That’s why the numbers are up — because of solid enforcement efforts.”

Arrests were made for alleged theft, drug possession, battery and other offenses, Stratton said.

On Sunday, two teens were arrested for punching a police horse in the face as a CPD mounted unit placed himself between people fighting. They were each charged with a misdemeanor count of teasing a police animal.

On Friday, a video showed at least 50 people jumping a fence to sneak into the festival. They were ultimately unsuccessful. Officials said one person injured themselves while attempting to jump a fence.

On the festival’s opening day, a man was arrested Thursday after assaulting an EMS employee at the festival and damaging government property. Benjamin Shorb, 25, was allegedly leaving the festival when he approached officers saying “he was having a bad trip,” according to Cook County prosecutors.

Officers summoned a paramedic and, while being treated, he assaulted them and broke a tablet belonging to the city, prosecutors said.

Saturday night, a festival-goer died after being transported by ambulance from the festival for an unreleased medical issue. It was the second consecutive year that someone died at the festival.