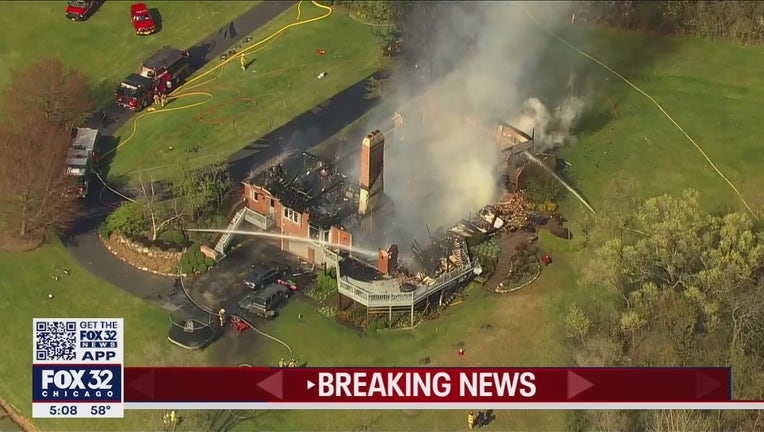 LONG GROVE - A fire was reported at a home in the 3100 block of Cuba Road in Long Grove just before 2 p.m. Thursday.

Fire officials say the homeowners were doing some brush burning in the backyard when an ember from that fire likely ignited the roof.

The homeowner sustained a minor injury when a ladder he was using to extinguish the fire fell on him and injured his forehead, officials said.

Additionally, fire officials do not believe the fire was suspicious.