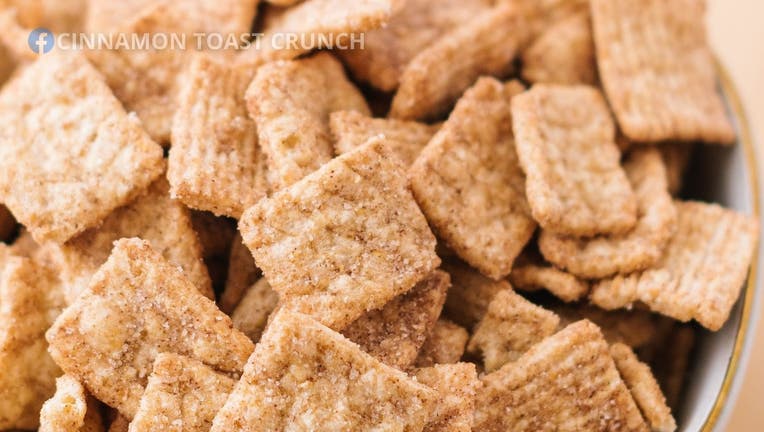 Jensen Karp, who is described in his social media bio as a writer, shared a photo on Twitter that appears to show two shrimp next to an opened bag of Cinnamon Toast Crunch. Karp said on social media that he isn't trying to troll.

"This is not a bit," Karp explained on Twitter.

At one point during the exchange, Cinnamon Toast Crunch tweeted that after investigating Karp's posts, the mysterious items in question weren't actually shrimp, but they were likely "an accumulation of the cinnamon sugar."

Karp then responded to the above tweet by accusing the cereal company of gaslighting.

Hours after the cereal company published the finding of its apparent investigation, Karp posted another photo on social media claiming that his wife found a dental floss inside a different bag of Cinnamon Toast Crunch.

FOX 11 reached out to General Mills regarding the viral social media exchange and the company's spokesperson Mike Siemienas issued the following statement:

"While we are still investigating this matter, we can say with confidence that this did not occur at our facility.

We are waiting for the consumer to send us the package to investigate further. Any consumers who notice their cereal box or bag has been tampered with, such as the clear tape that was found in this case, should contact us."

As of Tuesday evening, Karp's original post accusing the company of placing shrimp tails inside the cereal bag generated more than 99,000 likes and more than 9,900 retweets on Twitter.