SPRING HILL, Fla. - A Louisiana man is facing multiple charges after deputies say parents of a 15-year-old girl found him living in their daughter's closet. According to Hernando County investigators, he had been living there for more than a month after traveling from Louisiana to have sex with the teen.

It's hard for perhaps any parent to comprehend.

"Kids can be doing things under our noses and in your house that you might not be aware of that could shock you," child psychologist Dr. Wendy Rice said.

36-year-old Jonathan Rossmoine definitely came as a surprise to the parents of a 15-year-old girl in Spring Hill. 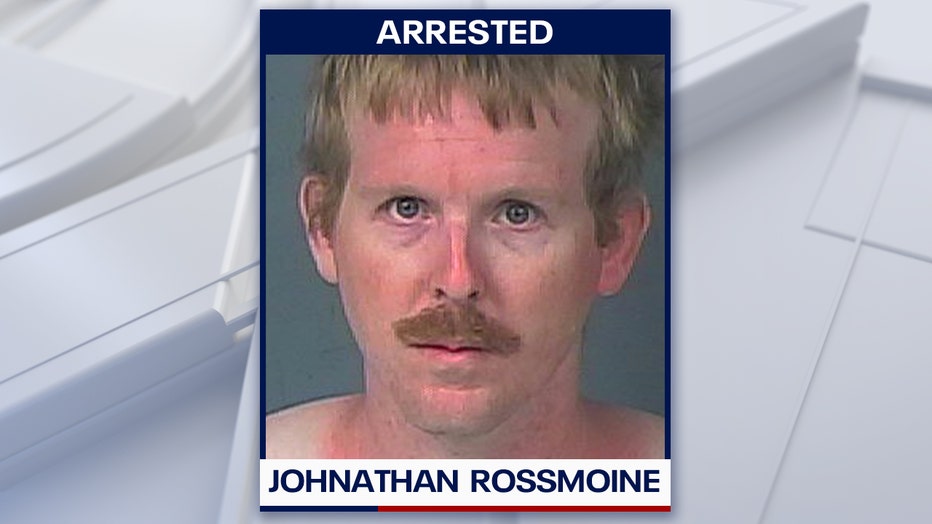 "He and the young lady came up with the idea that he could just stay in her room if he hid in the closet whenever the parents came in," Hernando County Sheriff's Office Detective Tom Cameron said.

According to deputies, Rossmoine and the 15-year-old first met online two years ago through a virtual reality social platform known as VRChat. The platform allows users to interact with others using 3D avatars. Investigators say on several occasions Rossmoine drove from Louisiana to Spring Hill to have sex with the victim.

"They kept the bedroom door closed and locked and whenever someone came to the door it gave them an opportunity to run and hide in the closet and open up the door to where maybe she was changing or something," Cameron said.

Rossmoine was arrested Sunday when the teen's parents discovered him after hearing noises coming from the bedroom.

Child psychologist Dr. Wendy Rice says cases like these should serve as an important reminder to parents to be aware of their child's online activity.

"Get the electronics out of the bedroom. That is key. None of us really need to be sleeping with our phones next to our beds and least of all teens," Dr. Rice said.

Johnathan Rossmoine faces multiple counts of Lewd and Lascivious Behavior. He remains in the Hernando County Jail and is being held on a $25,000.