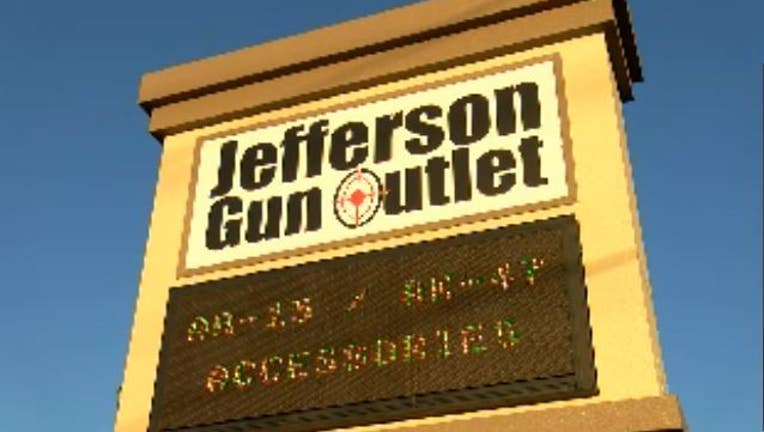 Armed citizens were credited with limiting fatalities in a shooting in Louisiana on Saturday that left three people dead, including the suspect, according to authorities.

The outburst, at a gun store and range just down the road from Louis Armstrong New Orleans International Airport, also left two people wounded, according to the Jefferson Parish Sheriff's Office.

"Arriving deputies located several victims suffering from gunshot wounds," the sheriff said in a statement. "Three individuals were pronounced dead on the scene, and two more were transported to a local hospital for treatment. The two transported victims are in stable condition."

It happened near a gun shop and shooting range on Airline Drive in Metairie, La., just west of New Orleans, and the armed people at the scene helped subdue the gunman, according to authorities.

"At this time, it appears a suspect shot two victims inside the location, then was engaged and shot outside the location by multiple other individuals," the sheriff's statement continued. "The suspect is one of the deceased on scene."

Employees at the Jefferson Gun Outlet typically carry sidearms at the facility, but it was not immediately clear whether the good Samaritans were customers, outlet employees or other individuals.

Authorities had not publicly identified anyone involved as of Saturday evening.

A news camera set up in the parking lot recorded the sounds of someone calling out, "Where is my other son?" Photos show police comforting multiple people near the scene.

The New Orleans office of the federal Bureau of Alcohol, Tobacco, Firearms and Explosives said it was sending special agents to assist local deputies with the investigation.

"We heard the gunshots and the screaming," Tyrone Russell, who was in a conceal-and-carry course at the time, said. He said the gunfire sounded much louder than the usual muffled shots heard at the shooting range. "When the police came, they escorted us out. I could see glass everywhere … It was just like a really scary scene." He said his car in the parking lot had also been struck by bullets and he saw a man "laid out" not far away.

Wanetta Joseph, another student in the course, hid under a table with others in the class. "It got extremely loud, like a bomb almost," Joseph said.

One instructor stayed with the students while two others left the room and headed toward the sound of gunfire.

New Orleans Advocate reporter Ramon Vargas wrote on Twitter that he saw two screens used to shield bodies from view set up outside the Jefferson Gun Outlet and a handgun on the ground.

The gunfire came roughly two months after a Christmas Eve shooting left two men dead in Metairie, according to the sheriff’s office.

In that case, police responded to reports of possible gunfire and found both victims dead in a car outside an apartment building on Yale Street.

Two weeks before that, another four men were shot in Metairie, two of them fatally.