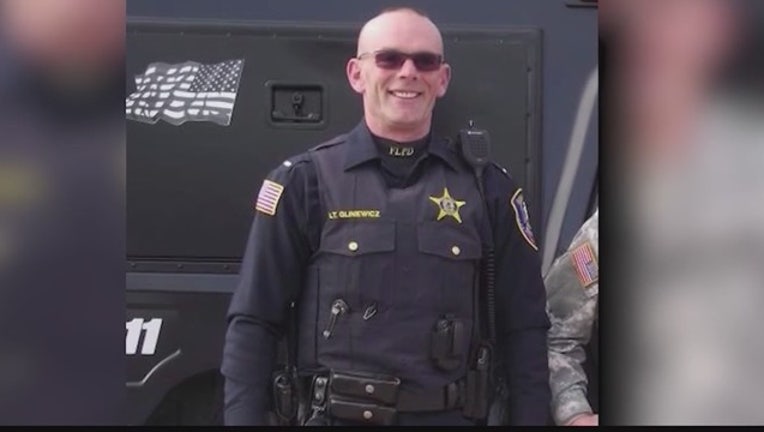 But more than a decade earlier, Gliniewicz was featured prominently in a little-noticed federal sexual harassment lawsuit, the Sun-Times is reporting. Fox Lake Police Officer Denise Sharpe accused Gliniewicz of offering to protect her job at the department in exchange for sexual favors.

Gliniewicz was suspended for a month from the department because of the relationship, but Fox Lake’s attorneys denied in court papers that Sharpe was forced to do anything.

A judge dismissed Sharpe’s lawsuit in 2005 after she and her attorney repeatedly failed to make court dates and turn over evidence, records show. Sharpe couldn’t be reached for comment.

However, a bombshell news conference on Wednesday by Lake County authorities casts previous allegations against Gliniewicz in a new light. Investigators said Gliniewicz killed himself in a carefully staged suicide because he feared a village audit would reveal he stole thousands of dollars for years from Fox Lake’s Explorers Unit, a law enforcement training program for kids.

Sharpe mentioned the Explorers program in her 2003 complaint against the Village of Fox Lake and its police department. She said she worked for the program under Gliniewicz’s supervision in 2000, and she said he was her officer in command at the time.

Sharpe said Gliniewicz warned her that a Fox Lake lieutenant didn’t like female officers. Gliniewicz allegedly told Sharpe he would protect her in return for sexual favors. Sharpe claimed she performed oral sex for Gliniewicz five times between February and October of 2000.

She said she made it clear she didn’t enjoy it, but she said Gliniewicz insisted and even offered to help her become an officer in charge.

Fox Lake’s lawyers acknowledged in court records the sexual relationship between Sharpe and Gliniewicz, as well as Gliniewicz’s suspension. But they denied Sharpe’s claim that she was forced to perform sexual favors in return for her job.

Sharpe also said she was set to attend basic camp for the Explorers program in May 2000. That’s when she said Gliniewicz made a comment about how much fun they would have “after the kids went to bed.” The next month, Sharpe said she asked a new recruit to take her place at national camp with the Explorers.

Sharpe said she resigned from the program in July 2000 and was ultimately transferred to a new shift where she would no longer work with Gliniewicz. She said she told a sergeant about Gliniewicz’s alleged sexual misconduct after attending a January 2001 class on sexual harassment.

The next month, Sharpe said she learned through Chief Edward Gerretson that Gliniewicz had admitted to the allegations. The chief allegedly told her he would recommend sexual addiction counseling and a 30-day suspension.

However, Sharpe claimed Gliniewicz was still allowed to participate in police-related activities during his suspension.