Wax figures of Prince Harry and Meghan Markle will no longer be featured in their original display at the museum in London.

LONDON - Madame Tussauds has removed Prince Harry and Meghan Markle’s wax figures from the royal family display in its museum in London following the pair’s decision to work to become independent and split their time between the U.K. and North America.

The move comes less than a day after the Duke and Duchess of Sussex announced on Instagram and their website that they’ve decided to take a “step back” as senior members of the royal family and are seeking financial independence.

In a press statement, the famous wax museum said it separated Harry and Meghan to reflect their 'progressive new role' within the Royal institution.

"From today, Meghan and Harry's figures will no longer appear in our Royal Family set," Steve Davies, general manager at Madame Tussauds London, said in a statement. 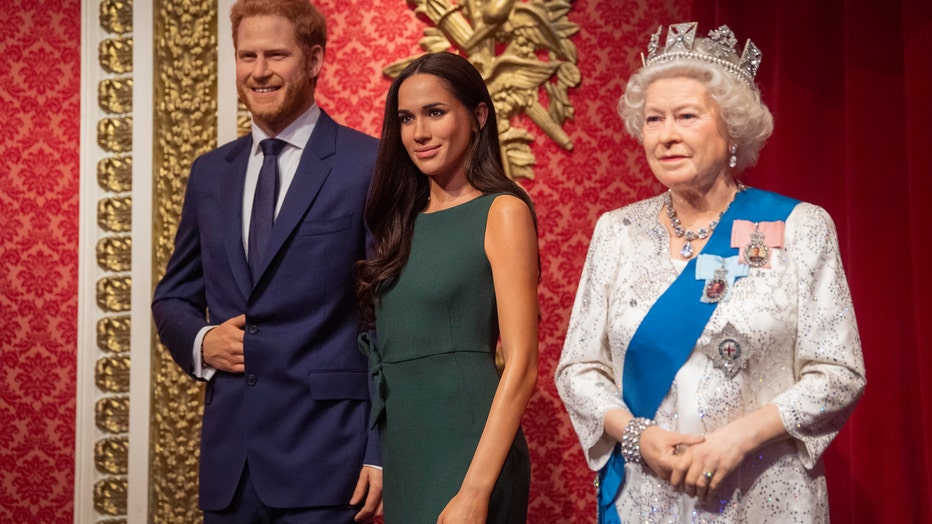 The figures of the Duke and Duchess of Sussex in their original positions next to Queen Elizabeth II, as Madame Tussauds London moved its figures of the couple from its Royal Family set to elsewhere in the attraction. (Photo by Victoria Jones/PA Images via Getty Images)

“As two of our most popular and well-loved figures they will of course remain an important feature at Madame Tussauds London as we watch to see what the next chapter holds for them.”

Madame Tussauds’ New York location will reportedly follow suit and move Harry and Meghan’s wax figures to a different area of the museum.