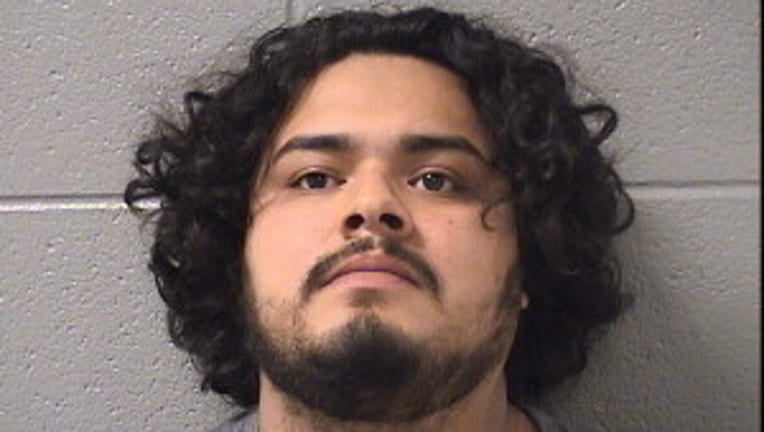 PALATINE, Ill. - A man and two teenage boys have been charged with beating and robbing a man last week in northwest suburban Palatine.

Marck A. Burgos, 24, and the two teens, 15 and 16, are each charged with a felony count of aggravated robbery, according to a statement from Palatine police.

The male victim was in a parking lot about 10 p.m. Sept. 14 in the 1400 block of Ports O’Call Drive when the teens got out of a black SUV and demanded his money and valuables, police said. When he refused, one of the teens pointed a black handgun at him.

Burgos got out of the SUV and all three suspects started punching the victim, according to police. One of the teens took his wallet from his pocket.

Responding officers found the handgun in the area, which turned out to be fake, police said. Burgos and the teens were eventually identified as suspects and charged.

Burgos remains in custody at the Cook County Jail on $75,000 bail, according to Cook County sheriff’s office records. His next court date is scheduled for Oct. 2.

The teen suspects were both taken to the Cook County Juvenile Detention Center, police said.