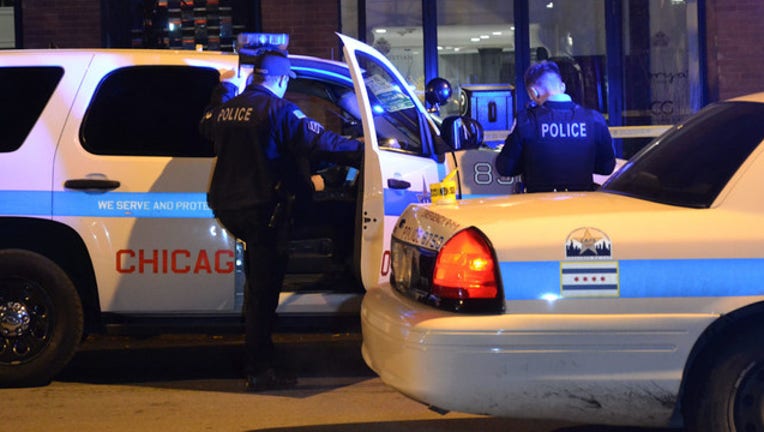 Police investigate a shooting about 4 a.m. Saturday, October 20, 2018 in the 300 block of West Ontario Street in Chicago. | Justin Jackson/ Sun-Times

CHICAGO (Sun-Times Media Wire) - A man was discovered with a bullet wound Saturday morning on a sidewalk near the River North neighborhood’s strip of bars and nightclubs.

At 3:28 a.m., officers responded to a call about a shooting and found the 22-year-old on the ground in the 300 block of West Ontario Street, according to Chicago police.

The man had one bullet lodged in his leg and was taken to Northwestern Memorial Hospital in good condition, police said.

He did not provide additional information about who shot him, police said. Officers have not found witnesses willing to share details about the shooting either.

No one was in custody, and Area Central detectives were investigating the shooting.

The gun violence unfolded blocks from a hub of late-night clubs in the neighborhood, just north of downtown.