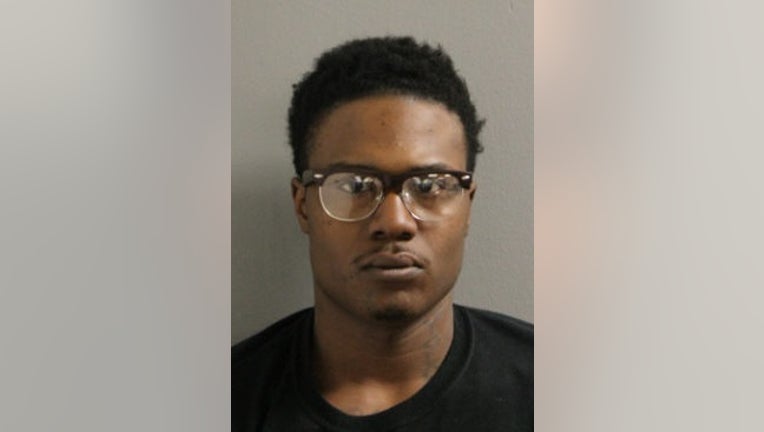 CHICAGO - Keshawn Jackson was driving in Lawndale Monday when he nearly crashed into someone and told the driver that he "needed to be taught a lesson," prosecutors said.

Jackson, who had his two young children with him in the car, took out a gun and fired at 67-year-old Patrick Earl, killing him, Cook County prosecutors said in court Wednesday.

"The man wanted to teach the victim a lesson, and it appears he taught him the ultimate lesson and cost him his life," Judge John F. Lyke Jr. said.

Earl had nearly stuck Jackson’s car around 9:30 a.m. as Jackson pulled onto Cermak Road, prosecutors said. Jackson started following him and, when both stopped at a red light, Jackson rolled down his window, leading a passenger in Earl’s car to "crack" theirs, prosecutors said.

Jackson yelled that Earl "needed to learn how to drive and needed to be taught a lesson," then fired two shots from his car window and hit Earl in the chest in the 1600 block of South Kostner, prosecutors said.

Earl’s passenger gave police a description of the shooter and his truck, leading Chicago police officers to pull Jackson over later that day, prosecutors said.

Jackson was arrested after officers found a 9mm handgun in his truck and the shell casings matched those recovered at the scene of the shooting, prosecutors said.

Police said Jackson’s two children, ages 2 and 3, were inside his car at the time of the shooting.

Jackson has previous convictions for aggravated unlawful use of a weapon and possession of a controlled substance, prosecutors said.

A Chicago police officer who killed a man earlier this year is now at the center of another controversial incident.