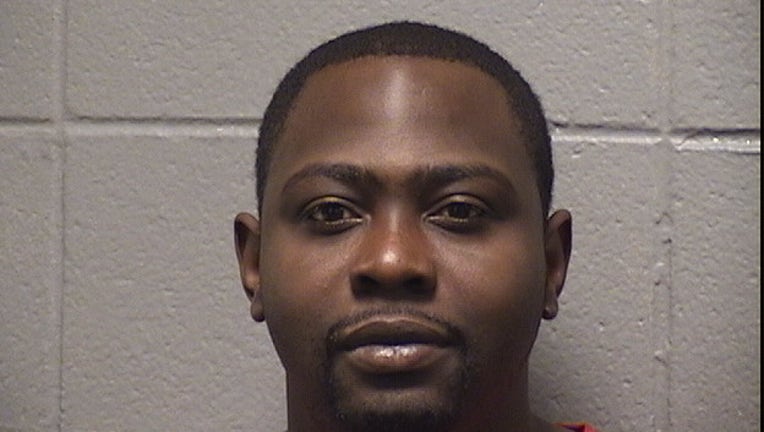 CHICAGO - A man was charged with theft for allegedly trying to sell undercover officers a $2,700 sweater that had been looted from a Gold Coast boutique last week.

“I don’t know how a $2,000 sweater feels, but it must be immaculate, and feels very, very soft, I’m certain. But that’s a little too rich for my blood,” Cook County Judge John Lyke Jr. said Wednesday after hearing the allegations against Melvin Banks.

Banks told police he was asleep during the Aug. 10 looting, and that he got the sweater for free from his girlfriend, prosecutors said.

Banks, 29, allegedly posted an ad of the sweater on the OfferUp website. An employee of the Brunello Cucinelli boutique on Rush Street noticed it and alerted Chicago police, Assistant State’s Attorney James Murphy said.

Undercover officers began speaking with Banks through OfferUp and agreed to buy the sweater for $800, Murphy said.

Banks was arrested Monday night by officers who met him at a strip mall near North and Western avenues, Murphy said.

Investigators spoke to Banks’ girlfriend, who gave a conflicting story about the couple being out of town during the recent looting and receiving the sweater from a cousin, Murphy said.

Lyke ordered Banks held on $2,000 bail, but kept him held overnight for a pending drug charge for which he was out on bond.

Banks has three children and lives with his parents, an assistant public defender said.

On Tuesday, a woman was charged with selling a pair of $1,400 boots that had been stolen from the same boutique.