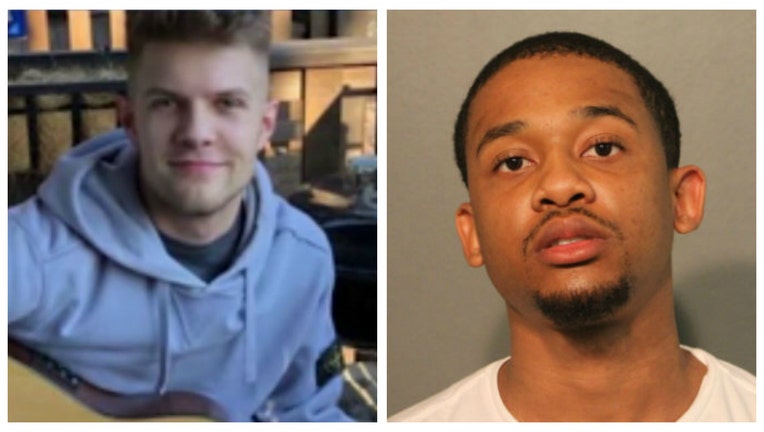 CHICAGO - Jahrod Jean, 21, is under arrest for the murder of a DePaul University student last month.

Gary Tinder, 20, was walking home from Starbucks at about 7:20 p.m. in the 6200 block of North Troy Street on June 21st when Jean approached and shot him in the abdomen, authorities said.

Jean was taken into custody on July 17.

Tinder was taken to St. Francis Hospital in Evanston, where he was pronounced dead. He was one of more than 100 people shot in Chicago over Father's Day weekend.