ORLAND PARK, Ill. - A 20-year-old Chicago man has been charged with attempting to rob a Dunkin Donuts in Orland Park.

At 5:15 p.m. on Oct. 22, the Orland Park Police Department responded to a call of an armed robbery that was taking place at the Dunkin Donuts located at 15615 Harlem Ave.

Once on scene, officers were told that the suspects left the area.

During an investigation, detectives learned that two suspects entered the Dunkin Donuts, and one of them made a cash purchase.

When the cashier was distracted by the next customer in line, one suspect allegedly walked back to the register and displayed a handgun to the cashier, police said. 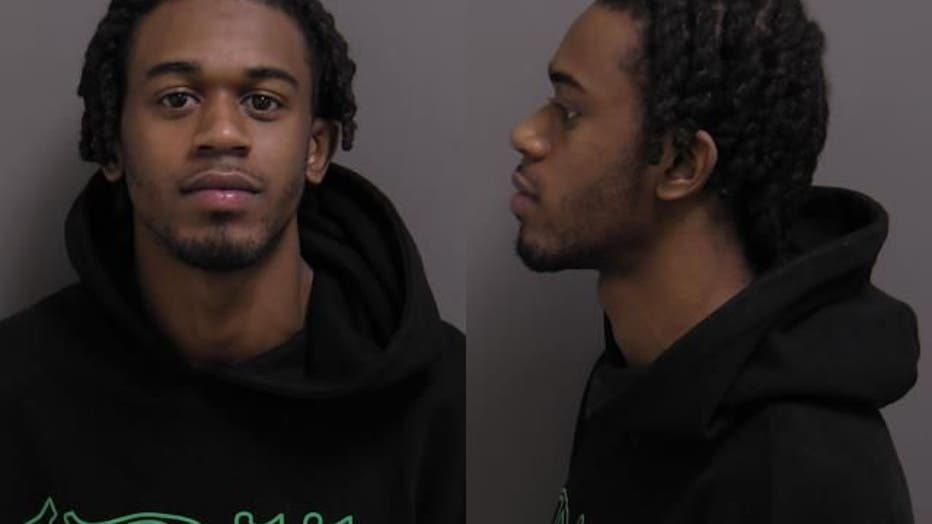 The second suspect allegedly approached the drive-thru, and attempted to pick up the drive-thru register while displaying a handgun.

While doing so, police said the second suspect discharged a round into the wall, which startled both suspects. They then ran out of the business without any proceeds, police said.

The suspects got into a gray SUV, which was reported stolen two days earlier, and left the area.

Through an investigation, detectives located the stolen SUV in Chicago on Oct. 25. They were then able to identify the second suspect as Jareed Johnson.

On Wednesday, Johnson was taken into custody with the assistance of the Chicago Police Department.

According to police, Johnson had a loaded firearm in his possession when he was taken into custody.

He has been charged with attempted armed robbery and aggravated unlawful use of a weapon.

A judge issued two $100,000 bonds for each new charge and revoked Johnson's current bond for a pending aggravate unlawful use of a weapon charge out of Chicago.