CHICAGO - A 30-year-old man was beaten by a group of males in the Loop last Friday after he refused to give up his belongings.

The incident occurred about 10 p.m. on Aug. 20 in the 200 block of North Clark Street, according to a community alert from Chicago police.

Police say the group of Black males, each believed to be around 18-years-old, approached the victim and demanded his property. When the man refused, he was beaten by one of the offenders. 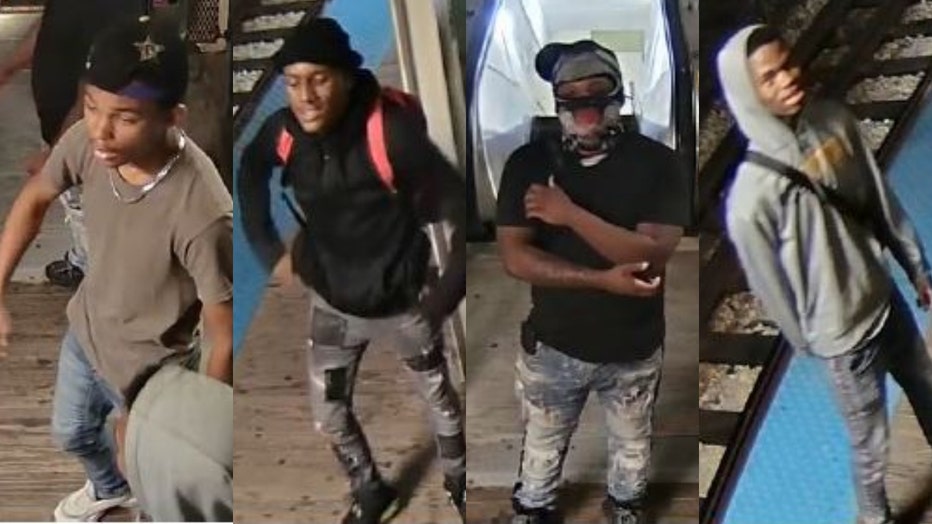 Mass Transit Detectives are seeking to identify four males who are suspected of beating a man on Aug. 20 in the 200 block of North Clark Street. (Chicago Police)

Mass Transit Detectives are asking the public's help in identifying the four teens.

Anyone with information is asked to contact Area One detectives at 312-745-4443.

'It was volatile': Dozens of young people swarm the Loop, 61 arrested

In the Loop Sunday night, Chicago police arrested dozens of young people as a huge group began taking over the streets, setting off fireworks and dancing on cop cars.