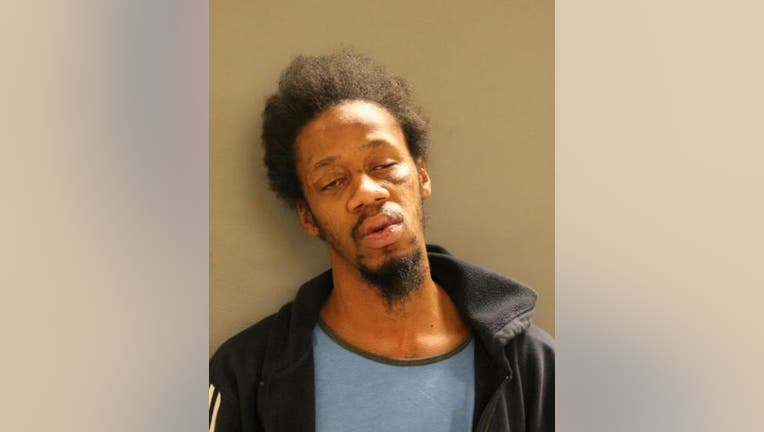 CHICAGO - A Chicago man who was body-slammed by a police officer during an arrest in November is now facing new charges for allegedly striking a store manager, authorities said Monday.

Cook County Circuit Judge Erica Reddick ordered Bernard Kersh held in lieu of $100,000 bond, saying he should be kept in Cook County Jail and treated for mental health issues. Kersh, 29, is accused of striking a Chicago grocery manager who tried to stop him from stealing tequila and a bouquet of flowers on Jan. 23.

Kersh was released in December on $5,000 after being charged with aggravated battery for spitting at and threatening a police officer after being approached at a bus stop on suspicion of public drinking. A 41-second video posted online by a bystander starts with the officer lifting Kersh high off his feet, then slamming his body hard onto the pavement. The back of Kersh’s head appears to strike the curb and he then lies motionless.

Related: Video appears to show cop picking up unconscious man by pants/underwear after he was body slammed

Defense attorney Sami Azhari says community members put up the $500 to pay his initial bail, adding Kersh has been diagnosed with schizophrenia.

Kersh was convicted in 2018 of spitting on a police officer and in 2011 for punching an officer.