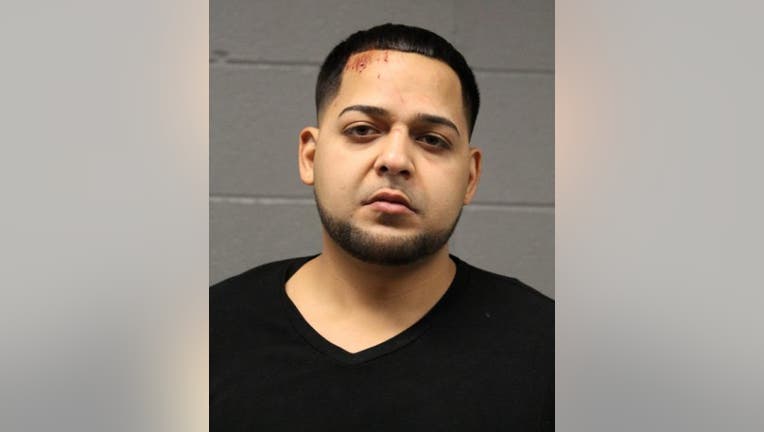 CHICAGO - A 29-year-old man was charged Sunday in connection with an incident where he allegedly crashed into into a ride-share vehicle in Goose Island, stole it and then crashed it again in Greektown.

Mohammed Jadrawi, of Oak Lawn, faces a felony count of being in possession of a stolen vehicle as well as misdemeanor counts of aggravated assault with a deadly weapon, reckless driving and leaving the scene of an accident, Chicago police said.

About 4:40 a.m., it is alleged that Jadrawi got into and argument with a person in the 1100 block of North Elston Avenue, police said. He attempted to flee the area in a silver Jeep Patriot and almost stuck the person with the vehicle.

He then attempted to make a left turn onto Division Avenue but crashed into a ride-share driver in a Lincoln MKZ, police said. Jadrawi got out of the Jeep, threatened the driver and stole their vehicle.

He then entered the Kennedy Expressway and drove south before exiting in the 300 block of South Halsted Street, where he ran a red light and hit two more vehicles.

Jadrawi was taken into custody and taken to University of Illinois Medical Center at Chicago with minor injuries, police said.

He is due in Central Bond Court Monday.