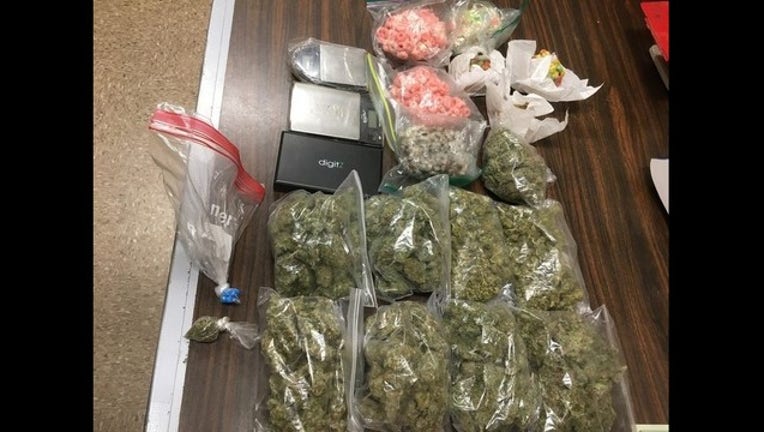 INDIANA (Fox 32 News) - A man was arrested in Indiana on Sunday after a traffic stop led to the discovery of drugs and other fraud-related items, officials said.

The man was pulled over while traveling west on I-80/94 after a state trooper realized his vehicle was going well below the posted speed limit and also that he was making unsafe lane movements, officials said.

After a search of the vehicle, authorities say they found several bags of marijuana, several bags of “edible marijuana snacks,” four pills that were identified as Adderall, a credit card skimmer along with several credit/debit cards with names on them other than the driver, several cell phones, and also a laptop.

The driver, identified as 23-year-old Marcus R. Jester, was transported to the Lake County Jail where he submitted to a breathalyzer and failed with a .09% blood alcohol limit, officials said.