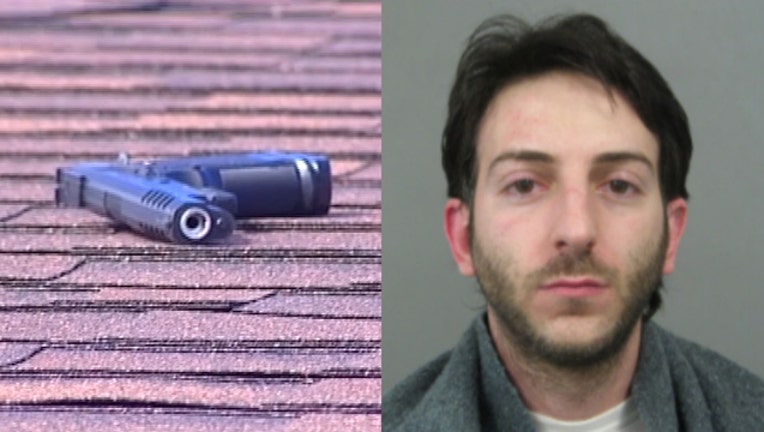 SUN-TIMES MEDIA WIRE - A north suburban man has been charged with robbing a Walgreen’s pharmacy on Wednesday in Skokie.

Argyis T. Triantafilis, 33, of the 9400 block of Leamington Avenue in Skokie, was charged with one felony count of armed robbery, Skokie police said. His bond was set at $75,000.

Officers responded about 1:40 p.m. Wednesday to a Walgreens store at 9150 Skokie Blvd. for a report of an armed robbery, Skokie police said.

Triantafilis entered the store and showed a gun to the pharmacist while demanding OxyContin pills, according to police. Once given the pills, he ran west on Church Street.

A person matching the robber’s description was seen in the area of Webster Center at 9300 Webster Park Place, and Triantafilis was taken into custody after a brief foot chase at Emerson and Lawler, police said.

Officers found a BB gun believed to have been used in the robbery on the roof of a home in the area, police said. OxyContin pills were found on Triantafilis.

He was expected to return to court March 14.