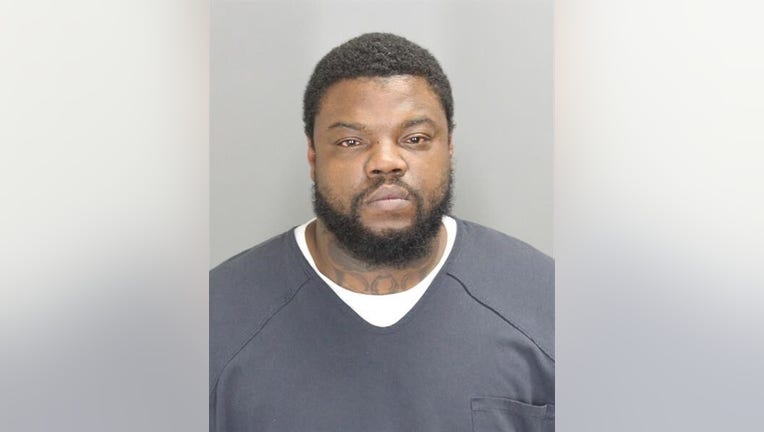 PONTIAC, Mich. (FOX 2) - A man is accused of a beating that left a homeless man in critical condition outside of a Pontiac gas station early Saturday.

Rashaan Denee Redmond, 37, was arrested Monday in connection with the vicious attack.

Oakland County sheriff's deputies were called to a Sunoco in the 45000 block of Woodward Avenue at 5 a.m. Saturday on reports that a man was unconscious after being assaulted. When deputies found the victim, he was foaming at the mouth and not breathing.

As the victim was hunched over by the front right tire, surveillance video showed Redmond get agitated and sucker punch the victim, which knocked him on the ground. Redmond is accused of kicking and stomping the victim's head and face a dozen times before walking away.

Authorities allege Redmond walked back to the victim, who was unconscious after the beating, and slapped him, spit on him, and tossed his belongings. Redmond then fled in his vehicle.

"This viciousness of this beating is disturbing on so many levels," Sheriff Michael Bouchard said. "This is one of the most savage and senseless attacks I have ever seen. The victim was unconscious, clinging to life and this suspect stands over him one last time and slaps his lifeless body, spits on him, and then simply drives away. It’s impossible to comprehend how anyone could do this to another person."

Deputies do not believe the victim and Redmond knew each other.

The 36-year-old victim, who authorities say has residences listed in Pontiac and Milford Township, suffered major brain trauma and is in critical condition.

Redmond was charged with assault with intent to murder. He is being held without bond at the Oakland County Jail.