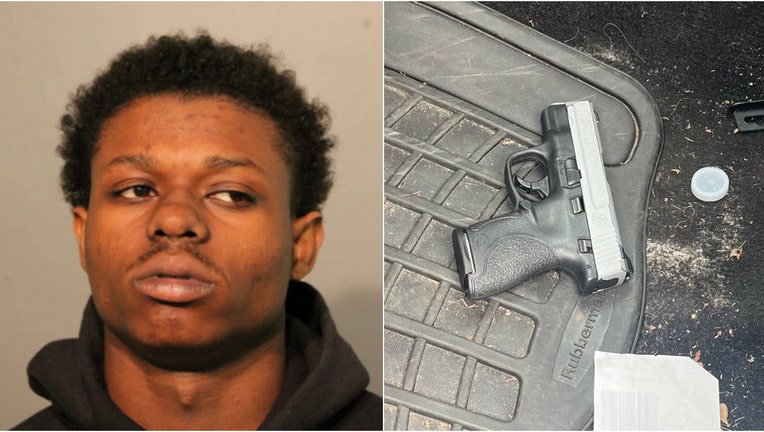 CHICAGO - A 19-year-old man was charged after carjacking a man Monday in West Rogers Park and leading police on a chase that prompted a lockdown on Northwestern University’s Chicago campus.

Trimaine Kimbrough allegedly approached a driver who was sitting in a red Mazda outside a home in the 2000 block of West Arthur Avenue and held a gun to his head, saying "Get out or I'll shoot you," according to police.

The 37-year-old driver got out and watched as Kimbrough sped off followed by a gray or silver Honda, police said. Police located the stolen Mazda minutes later near DuSable Lake Shore Drive and Chicago Avenue and pursued the car onto the Northwestern University medical campus where Kimbrough fled on foot after officers boxed the car in.

As police set up a perimeter and began searching for Kimbrough, Northwestern University wrote in a campus alert: "There is an active threat event on the Chicago Campus. Run, Hide, Fight. Take proper shelter. Lock and/or barricade doors."

Kimbrough, of the Montclare neighborhood, was arrested around 2:07 p.m. in the basement of the Ward Building at 303 E. Chicago Ave., Northwestern University wrote in another campus alert. The Ward Building is located near the Feinberg School of Medicine.

It was the second SWAT incident to take place at Northwestern Hospital's campus in about a week's time.

Kimbrough was charged with aggravated vehicular hijacking, aggravated use of a weapon with no FOID and possession of a stolen vehicle, all felonies, police said.

He also faces several misdemeanors such as criminal trespass to real property, driving on a suspended license and leaving the scene.

Kimbrough is due in bond court Wednesday.