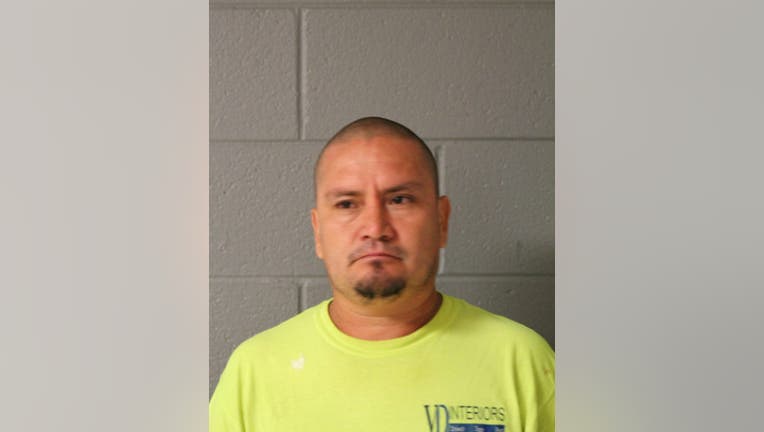 CHICAGO - A man accused leaving the scene of a crash after fatally striking a 13-year-old bicyclist with a van in Ashburn was ordered held Wednesday on $50,000 bail.

Oscar Martinez Guerrero, 40, is charged with felony counts of leaving the scene of an accident involving death and failure to report an accident, Chicago police said.

Isaac Martinez was riding his bike about 6:50 p.m. Sunday in the bike lanes in the 8300 block of South Lawndale Avenue when Guerrero allegedly struck him with a Ford work van, officials said.

Investigators tracked the van via surveillance footage and Guerrero was taken into custody a few blocks in the 3600 block of West 85th Place, police said.

He was also issued several traffic citations, and faces misdemeanor charges of failure to render aid and driving an uninsured vehicle.