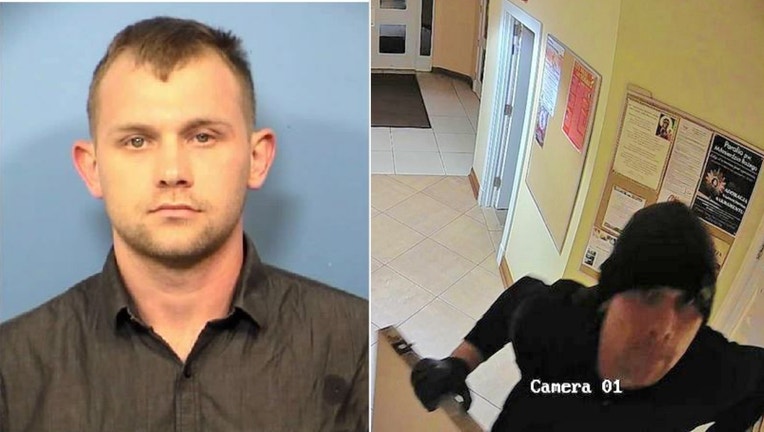 LOMBARD, Ill. - A Glendale Heights man accused of stealing from a church over the spring near Lombard was allegedly caught on video during the burglary.

Krzysztof Gawron, 27, is charged with burglary to a place of worship in the April 13 incident, the DuPage County sheriff’s office said.

About 2:09 a.m. that day, surveillance footage allegedly shows Gawron forcing his way into Divine Mercy Polish Mission Church, 21W410 Sunset Ave., and attempting to get into a locked area before putting his face right up to a security camera and removing it, the sheriff’s office said.

Gawron allegedly made off with a computer and cash donations, the sheriff’s office said. Cellphone data placed him at the church at the time of the burglary.

He was arrested Sept. 9 and released from custody after posting bond. He is due back in court Oct. 15.