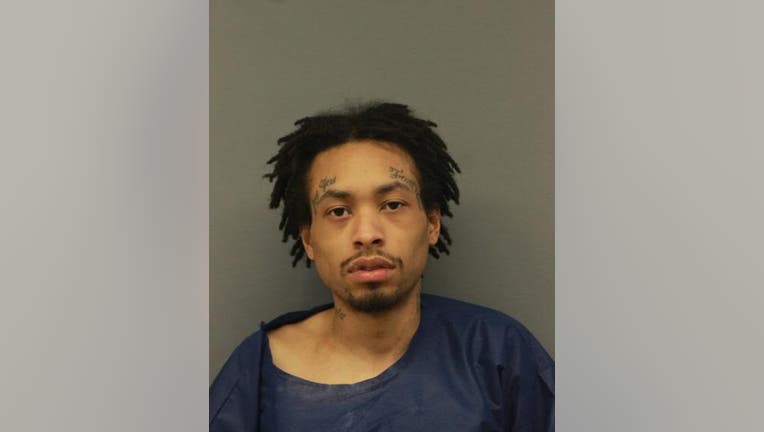 CHICAGO - A man was charged with multiple felonies and traffic violations for his role in a crash that injured two Chicago police officers Thursday in Grand Crossing on the South Side.

Donald Johnson, 23, faces felony counts of aggravated unlawful use of a weapon, aggravated fleeing of a police officer, and aggravated battery, as well as a misdemeanor count of driving on a suspended license and two traffic violations, Chicago police said.

Johnson was allegedly in a Dodge Challenger that reversed into an unmarked squad car about 8:40 p.m. after trying to flee officers in the 1200 block of East 75th Street, police said.

Five people were injured in the crash, including two officers who were hospitalized in fair condition, police said.

One passenger in the vehicle was released without charges, police said.

Johnson was due in court Sunday. 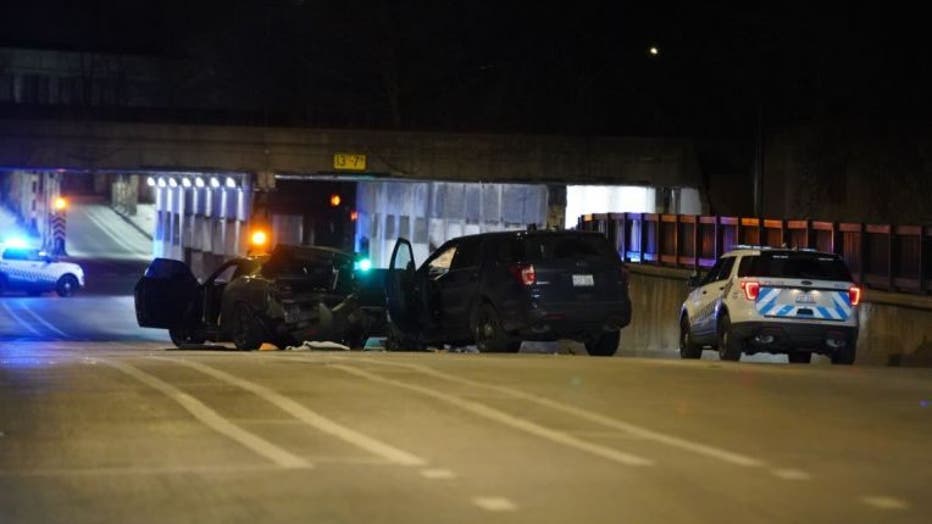 Several people, including two Chicago police officers, were injured in a crash Feb. 20, 2020, in the 1200 block of East 75th Street. | Sam Kelly/Sun-Times