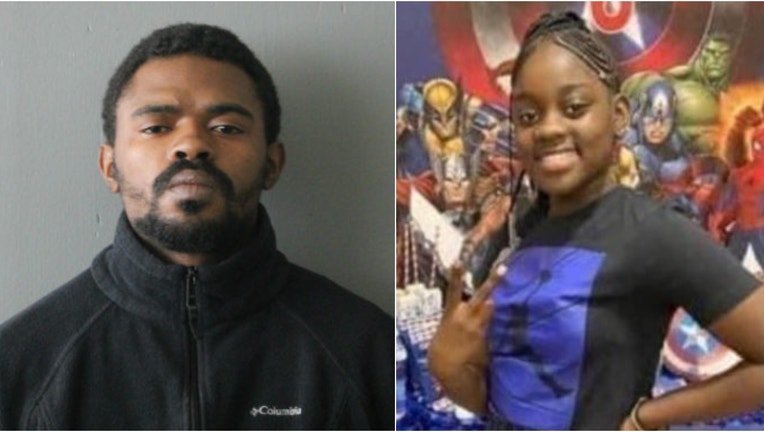 CHICAGO - A man has been charged with murder after allegedly firing the shot that struck and killed an 11-year-old girl in March at a Far South Side gas station.

He also faces counts of attempted murder and aggravated battery for allegedly wounding an 18-year-old man he was targeting March 1 at the gas station in the 100 block of West 127th Street.

Starkey, of the Jeffrey Manor neighborhood, was extradited from Minnesota to Chicago on Thursday, police said. He was expected to appear in Cook County court later Friday.

Before she was shot, Ny’Andrea was in the back seat of a car at a gas pump when two people outside fired shots at each other, authorities said. A stray bullet allegedly fired by Starkey struck her head, critically wounding her for weeks. She died March 22 at Comer Children’s Hospital.

The wounded 18-year-old man, shot in his groin area, returned fire but didn’t hit anyone, police said. He was charged with illegal gun possession.