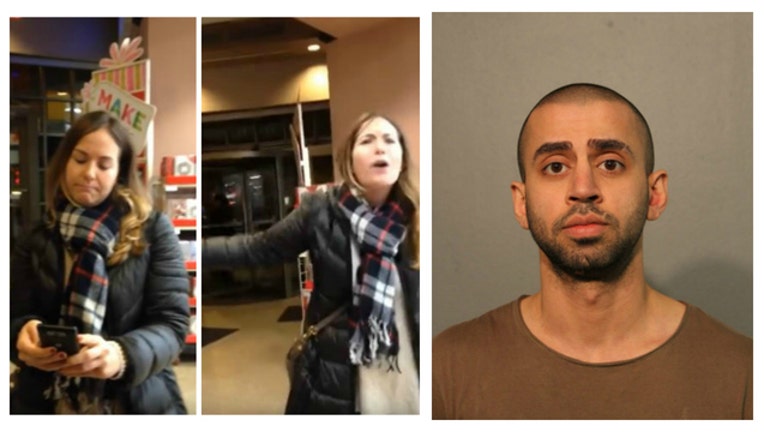 CHICAGO (FOX 32 NEWS) - A 29-year-old man was charged with attacking a woman who went viral in November after videos showed her making racist remarks at a Lake View craft store and a local coffee shop.

Ramiz Bajwa entered the woman's apartment building Dec. 20 in the 800 block of West Cornelia Avenue and began pushing her and calling her names, according to police

North Side crime blog Crime In Wrigleyville + Boystown reported that court records said Bajwa called the woman "a racist b**** a** whore."

Bajwa was in court on Dec. 21 and was charged with simple battery, a misdemeanor.