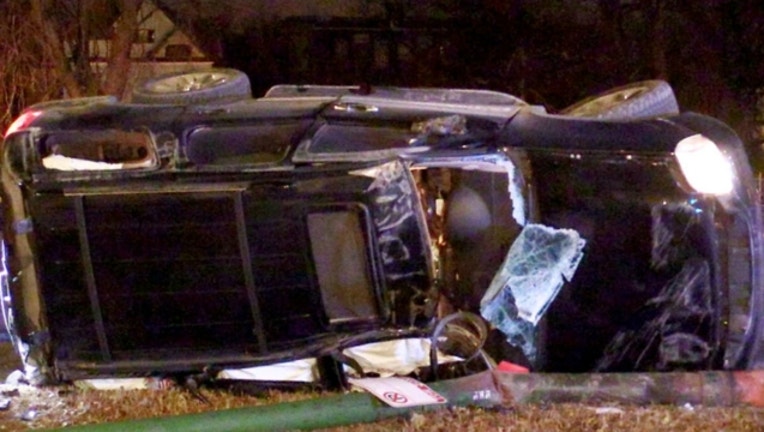 A person was seriously injured in a rollover crash early Sunday in the Gresham neighborhood. | Justin Jackson/Sun-Times

CHICAGO (SUN TIMES MEDIA WIRE) - A man was charged with driving drunk after the SUV he was driving flipped over early Sunday when it struck a utility pole in the South Side Gresham neighborhood.

Troy P. Jackson, 38, of the South Chicago neighborhood, was charged with a single misdemeanor count of driving under the influence of alcohol, according to Chicago Police

Jackson was driving a 2011 GMC Yukon about 4:25 a.m. in the 7700 block of South Vincennes when he lost control and crashed into a utility pole, according to Chicago Police. No other vehicles were involved in the crash.

He was taken to Stroger Hospital in serious condition, according to Chicago Fire Media Affairs.

Police said Jackson declined treatment at the hospital and was taken to the Gresham District police station, where he was charged.