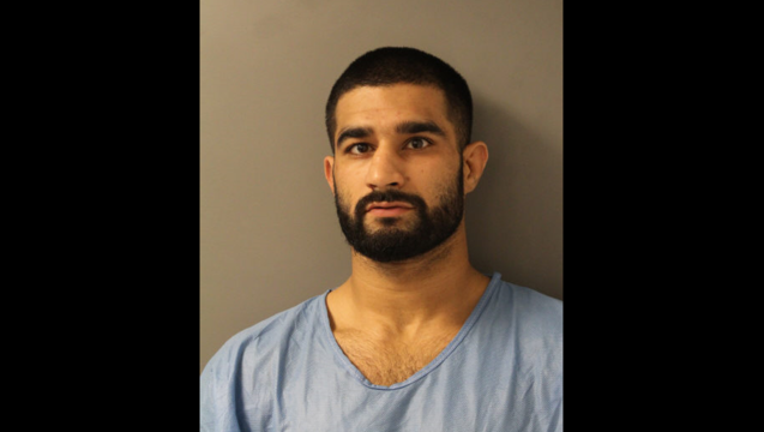 At 8:53 p.m. Wednesday, emergency crews responded to the crash in the 500 block of East Schaumburg Road, police said. Khan was taken into custody near the scene, and a driver from the crash passed away shortly after.

The deceased, 41-year-old Amando Chavez, of Schaumburg, was driving west in a Mazda minivan when he was rear-ended by Khan, who was driving a 2009 Mercedes-Benz, police said. The crash caused Chavez’s minivan to hit a tree and he became trapped inside.

Chavez was initially treated at the scene and taken to Alexian Brothers Medical Center in Elk Grove, where he was pronounced dead at 10:15 p.m., according to police and the Cook County Medical Examiner’s Office. An autopsy Thursday found he died of multiple injuries in the crash and his death was ruled an accident.

Khan’s vehicle also struck a 2015 Acura in the crash and then drove into a grassy area near the road, police said. The driver of the Acura suffered minor injuries, but was treated and later released.

The crash remained under investigation Friday.