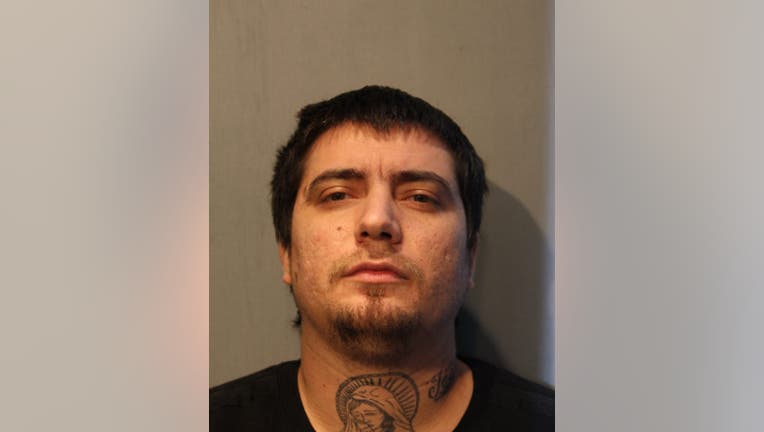 CHICAGO - A Clearing man is facing a murder charge after prosecutors say he stabbed another man to death inside his parents’ home in the neighborhood in September.

Alonzo had come to the home the day before to clean the carpets for Smekal’s parents, and the two were seen hanging out together and going to and from the apartment throughout the day, prosecutors said.

Early the next morning, Smekal’s parents awoke to the two men arguing in the kitchen and went to stop them, prosecutors said.

Smekal’s parents found their son holding a knife and blocking Alonzo, who appeared to be trying to leave through a backdoor, prosecutors said. Smekal’s father called police, but was unable to speak with anyone, and eventually went back to the living room, where his oxygen machine was located.

That’s when he heard his son yell that he was a member of the Two-Six street gang and say he was going to kill Alonzo, prosecutors said.

When Smekal’s mother and father heard moaning, they returned to the kitchen and saw Alonzo bleeding on the kitchen floor, prosecutors said. Alonzo was was taken to Christ Medical Center in Oak Lawn, where he died of his injuries.

A pocketknife was recovered in the kitchen, prosecutors said, but Smekal had left.

A warrant was issued for Smekal’s arrest and he was taken into custody Tuesday in Merrillville, Indiana, police said.

At the time of the stabbing, Smekal was free on bond in a pending unlawful use of a weapon case, court records show.

An assistant public defender said Smekal worked in landscaping and demolition and has a fiancee who lives in Indiana.

Judge David Navarro ordered Smekal held without bail and set his next hearing for Dec. 9.