"It’s gutted, it’s done," said Becky Walowski, an employee. "Thankfully the building was empty, it happened after everyone left … The last I heard, the roof collapsed. We don’t know how it started." 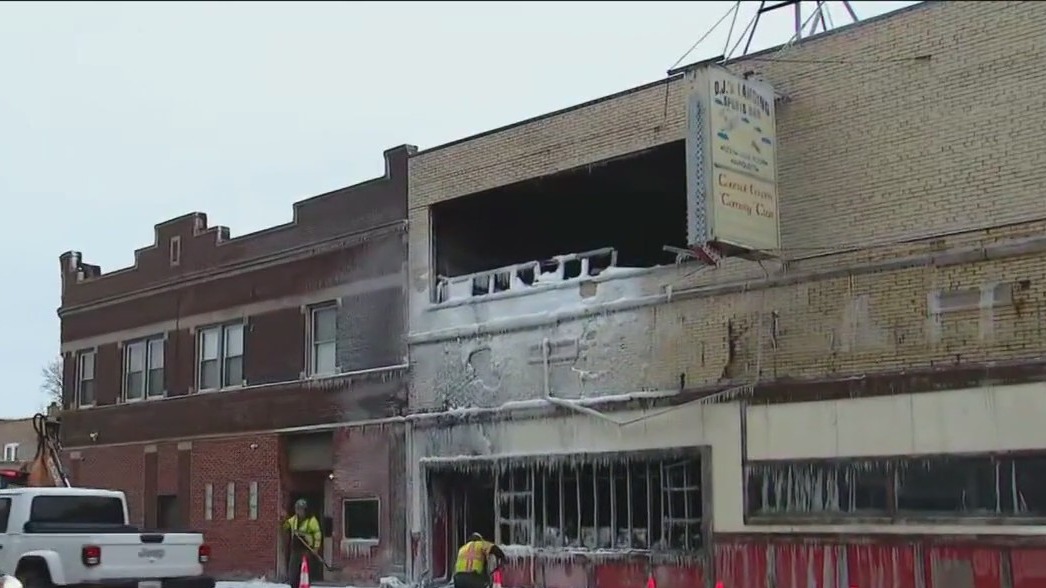 Georgis Catering has been around for nearly 80 years, its business ranging from providing meals to the elderly to serving Chicago Bulls and Blackhawks on their private planes. On Thursday night, a fire destroyed the company’s building at 6339 S. Central Ave., just blocks from Midway Airport.

Flames destroyed a well-known catering business Thursday night in the Clearing neighborhood on Chicago's Southwest Side.

Chicago police are warning residents in two South Side neighborhoods after a series of home burglaries since the New Year.

Chicago police said that a man, 27, was driving a sedan southbound on Cicero Avenue at a “high rate of speed” when he changed lanes and collided with another car being driven by a 19-year-old woman.

Friday’s visitation will be the first in Manny Martinez’s new location in the Clearing neighborhood near Midway Airport. But the funeral won’t be for a stranger — it will be for his son, Daniel Martinez, a Chicago native and a veteran of the U.S. Marines who was stabbed to death outside a Boston bar on March 19.

It’s been two months since a deadly house fire left a 7-year-old with third-degree burns to his arms and hands. Now, he’s recovering at home – thanks to a special “spray-on skin” treatment.

“I’m terrified of fire, so me going into the fire was my mama bear response. I didn’t want him hurt at all,” Compean said. “I was trying to save him. Thank God, I faced my own fear.”

A woman is dead and three others were injured after a fire broke out in the basement of a Clearing home Monday morning.

A neighbor was alerted by his dog of the fire and was able to help rescue a child and adult before CFD got on scene.

Three people are in critical condition after a fire broke out in the basement of a home in Clearing.

Chicago police and state child welfare officials are investigating the death of a 2-month-old boy found unresponsive in his bed Friday morning in Clearing on the Southwest Side.

An off-duty Chicago police officer died by suicide Wednesday morning in the Clearing neighborhood on the Southwest Side — the third such death by a member of the department this year.

A 12-year-old girl has been reported missing from the Clearing neighborhood on the South Side of Chicago.

Authorities have released the names of two women who died in a house fire early Thursday in Clearing on the Southwest Side.

A woman and young child escaped from a burning apartment building in the Clearing neighborhood Wednesday by falling from a second-floor window.

Two teenage boys, 15 and 17, have been charged with carjacking and allegedly threatening to shoot a woman Saturday in Clearing on the Southwest Side.