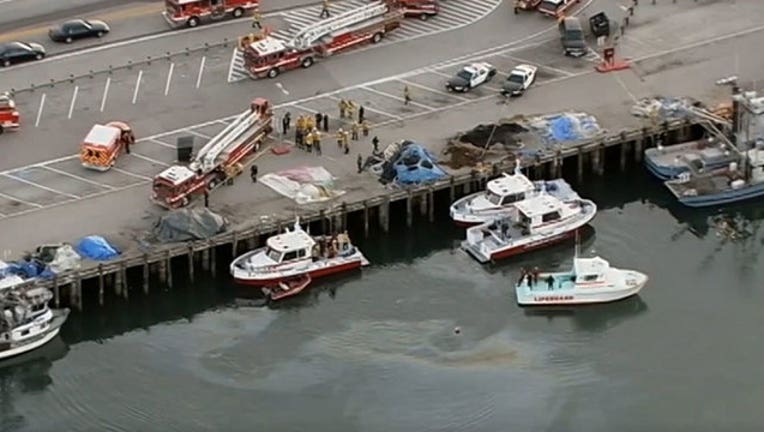 LONG BEACH, Calif. (FOX 11) - Capital murder charges were filed Wednesday against a Hawthorne man accused of intentionally driving his two sons with severe autism off a pier at the Port of Los Angeles in San Pedro to collect on accidental death insurance policies.

Ali Elmezayen -- who is awaiting trial in federal court on fraud charges stemming from the alleged scheme -- is charged in the April 9, 2015, deaths of his 13-year-old son, Elhassan, and his 8-year-old son, Abdelkrim, along with the attempted murder of his domestic partner, who was able to escape from the car.

The murder charges include the special circumstance allegations of multiple murders and murder for financial gain.

Prosecutors will decide later whether to seek the death penalty against the 44-year-old defendant, who is set to be tried first in federal court on nearly two-dozen counts, including mail and wire fraud, aggravated identity theft and money laundering.

Elmezayen allegedly drove a car with his partner and two youngest children off a wharf at the Port of Los Angeles and escaped by swimming out the open driver's side window. His partner, who did not know how to swim, survived when a nearby fisherman threw her a flotation device, but the two children were unable to escape the car and drowned, authorities said.

Federal prosecutors allege that Elmezayen -- a native of Egypt with no legal status in the United States -- purchased several accidental death insurance policies providing more than $6 million in coverage on himself, his domestic partner and his three children in 2012 and 2013.

He allegedly paid nearly $6,000 a year for the policies -- even though he was earning less than $30,000 a year -- and he allegedly called at least two of the insurance companies to confirm they would not investigate claims made two years after the policies were purchased.

Elmezayen collected more than $260,000 in insurance proceeds from American General Life Insurance and Mutual of Omaha Life Insurance on the accidental death insurance policies he had taken out on the children's lives, according to  federal prosecutors.

"This case alleges a calculated and cold-hearted scheme to profit off the deaths of two helpless children,'' U.S. Attorney Nick Hanna said after Elmezayen was initially charged.

The murder allegations against Elmezayen did not fall under federal jurisdiction.

The Los Angeles County District Attorney's Office initially declined to file a case against him in December 2017, citing a lack of evidence proving he intentionally drove off the dock.

A Los Angeles police mechanic told prosecutors that the brakes on the car appeared to be malfunctioning after it was pulled from the water. It wasn't evident whether the problem occurred before the crash or was a result of salt water damage, according to the charge evaluation worksheet from the District Attorney's Office.