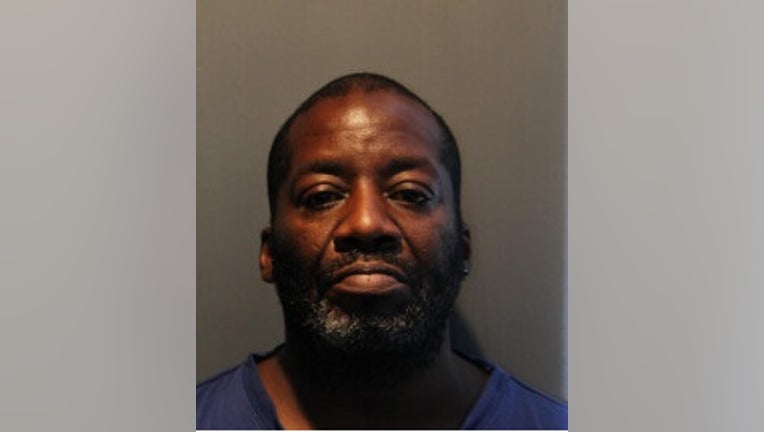 CHICAGO - A 57-year-old man is accused of fatally stabbing another man during an argument outside a store Monday morning in Washington Park.

Anthony Cleveland is charged with first-degree murder in the death of 40-year-old Kendell Reed, according to a bond proffer prepared by the Cook County state’s attorney’s office.

Cleveland was standing outside of Midway Liquor about 10:45 a.m. on the corner of Garfield Boulevard and State Street when Reed walked over to him, prosecutors said.

An argument broke out over money Cleveland owed Reed which lasted a couple of minutes, prosecutors said. Cleveland then tried to walk into the store but Reed blocked his path, prompting Cleveland to pull out a pocket knife.

Reed picked up a bottle of alcohol and started splashing Cleveland with it as the argument between the pair continued, prosecutors said. Reed picked up another bottle and Cleveland rushed towards him, stabbing him in the chest.

Cleveland fled the scene after the stabbing, and Reed ran to a grassy median on Garfield Boulevard where he collapsed, prosecutors said. He died about a half hour later at the University of Chicago Medical Center.

Three witness saw the argument and stabbing take place, and the incident was captured on surveillance cameras, prosecutors said. One of the witness saw Cleveland wipe the knife on his clothes and put it back in his pocket after the attack.

Cleveland was arrested the next day and initially told officers he acted in self defense, but his version of events contradicted video and statements made by witnesses, prosecutors said. He later admitted that he got rid of the knife.

He appeared at a hearing Thursday where he was ordered held on $100,000 bail. He is expected back in court Aug. 3.