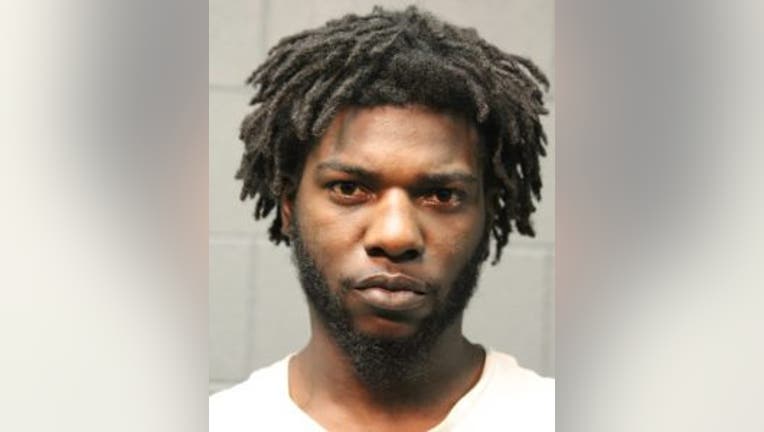 CHICAGO - Bail was denied Sunday for a 26-year-old man accused of sexually assaulting a woman on Lower Michigan Avenue shortly after meeting her downtown last week.

Anthony Brown, of Lawndale, was charged with felony counts of aggravated criminal sexual assault and attempted kidnapping in connection to the attack.

Early Friday, the 20-year-old victim was with her boyfriend at Tavern on Rush, 1031 N. Rush St., when they got into an argument, according to Assistant State’s Attorney Ryan DeGroot. The woman walked off and her boyfriend followed until they reached the intersection of Rush and Delaware Place, where she turned east toward Michigan and he continued south.

DeGroot said a police camera picked up the woman walking with Brown south on Michigan Avenue near Ohio Street, though she told investigators she doesn’t recall how they met. Brown was allegedly shown on video putting his arm around the woman, who was seen stumbling and nearly walking into the intersection at Wacker Drive.

Brown and the woman walked down the stairs to Lower Michigan, where a license plate reader camera showed she was clearly intoxicated and Brown "was constantly attempting to hold onto [her]."

The woman struggled with Brown and tried to "walk free," causing him to lean against a metal support beam and leaving her sitting on top of him, DeGroot said.

When two witnesses stopped to check on the woman, Brown let her loose and she told the passersby that she was OK before starting to run in the direction of the Jeep. The witnesses took off and Brown walked toward the Jeep, DeGroot said.

Minutes later, DeGroot said, the owner of the Jeep saw the victim lying inside the SUV face down and apparently unconscious with Brown on top of her.

The witness, whose relation to Brown was unclear, called 911, prompting a sergeant to respond about 15 minutes later, DeGroot said. The sergeant lifted Brown off the woman and placed him in custody.

Brown told the sergeant "that he was just trying to get some p—-," DeGroot said. Hours later, he admitted to being with the woman but claimed he didn’t recall anything else.

The victim told investigators that she didn’t remember anything after she and Brown walked down Michigan Avenue. Still, both she and the Jeep’s owner both identified him from photo lineups.

Brown has no criminal background aside from a traffic warrant from McLean County, DeGroot said.

Megan Tomlinson, Brown’s public defender, described him as a lifelong Cook County resident who lives with his father and has a 3-year-old child. Though Tomlinson said he’s a licensed forklift driver, she told Judge Mary Marubio that her client was currently working for a valet service.

"I don’t find that I can impose any conditions to protect the community because I would have to protect every single woman walking in the city of Chicago that you would happen to encounter," the judge said.

At least seven people were killed and 34 others were wounded in citywide gun violence since Friday night.