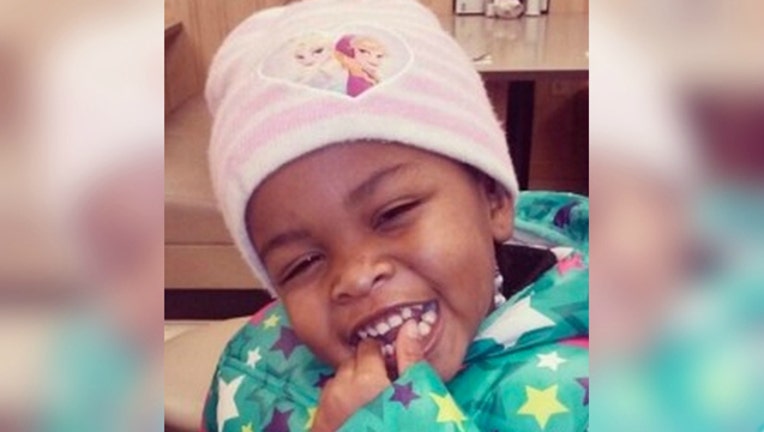 CHICAGO (SUN TIMES MEDIA WIRE) - A South Side man has been charged with attempted murder for a shooting that injured a 4-year-old girl and two other people last year in the West Englewood neighborhood on the South Side.

Michael Clark, 32, was arraigned Thursday on three counts of attempted murder in connection with the May 22, 2015, shooting of Jacele Johnson in the 7000 block of South Justine, according to the Cook County state’s attorney’s office.

Clark, of the 7800 block of South May, had been in federal custody for drug charges stemming from a June 2016 sting operation that happened about three blocks away from where the shooting happened, court records show.

Jacele, who was 4 at the time, was in a car with her 17-year-old cousin outside a prom party about 8 p.m. when shots rang out, authorities and relatives said at the time. Jacele was shot in the head, her cousin suffered a gunshot wound to the chest and a 15-year-old girl on the sidewalk nearby was struck in the forehead by a stray bullet.

Jacele was released from the hospital just over a week after the shooting and transferred to a hospital in Minnesota, where her family is now living, the Chicago Sun-Times reported at the time.

Clark was indicted by a federal grand jury July 6 on one count of distribution of fentanyl for trying to sell about 47 grams of the drug to a federal informant, records show. His next court date on the federal charge is a status hearing Jan. 26 before U.S. District Judge John Z. Lee. He remains jailed without bond.