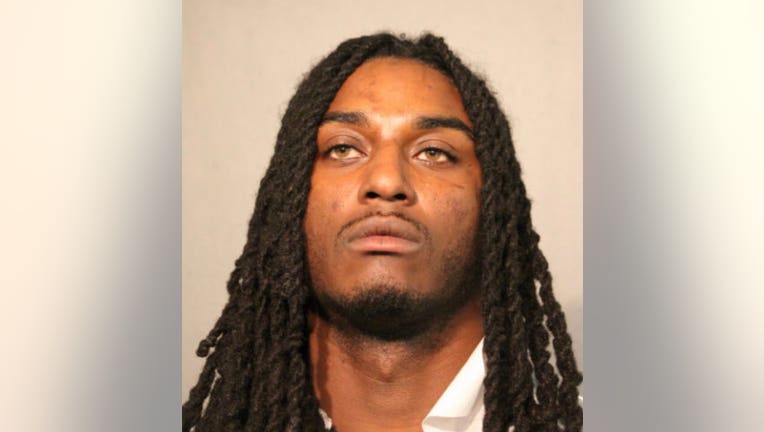 CHICAGO - An Elgin man is facing seven felony charges after allegedly shooting a Chicago police officer after attempting to kidnap a woman Monday in the Lincoln Park neighborhood.

Jovan McPherson, 23, was arrested minutes after he tried to kidnap a 21-year-old woman and allegedly shot a Chicago police officer around 3:30 p.m. in the 1000 block of West North Avenue, police said.

McPherson was inside an Ulta Beauty store and behaving "erratically" when officers who were patrolling the area nearby were called to the scene, CPD Supt. David Brown said. There was a struggle — that continued into the parking lot — where McPherson allegedly fired three shots towards the officer, striking him once in the face, police said.

Brown described the injury as a "through-and-through wound."

The officer was transported to Illinois Masonic Medical Center where he was treated and released around 7 p.m., police said.

A Chicago police officer who was shot in the face Monday afternoon in Lincoln Park on the North Side was released from the hospital the same day in the evening, a police spokesperson said.

Ald. Brian Hopkins (2nd) says "enough is enough" after a police officer was shot in the face Monday in the Lincoln Park neighborhood.